Between 2000 and 2019, Alabama, Alaska, and Arizona have all enjoyed an average, inflation-adjusted rise in wages. For each, manufacturing industries have facilitated these wage increases. In Alabama, the auto industry helped keep wages up while in Alaska and Arizona the construction industry with its generally well-paying jobs played a role.

The state of Arkansas has not experienced significant change throughout the last two decades, remaining one of the poorest of all fifty states. The reasoning for Arkansas' minimal change is due to their lack of opportunity; for as compared to other states, in the last two decades Arkansas is listed as having one of the worst educational systems, infrastructure, as well as having one of the highest crime rates. To add to the lack of opportunity, Walmart is the only mega-company with a headquarter located within the state. California is significantly different from Arkansas, as it is the most diverse state in terms of the economy. Although the minimum wage has risen in the last two decades, it does not match the rate of inflation, thus resulting in high levels of poverty. In the early 2000s, Silicone Valley was the primary source of revenue; however, although technology companies still exist, much of California's economy has now shifted to agriculture and other service products. Compared to any other state, California took the most damage in the 2008 recession (lasting until 2012). Similar to California, the state of Colorado has also experienced a rise in minimum wage; but unless one lives in the Denver metro area (where housing and rental houses have increased their price dramatically in the past decade), living on a minimum wage salary is manageable. Colorado is unique in that it has had a large influx of young individuals that have become residents within the last decade, which research indicates could be partly due to marijuana being legalized for recreational use. The consequence of this influx is that the state has a population that is under-qualified for well-paying professions. Although the state has a large majority of unqualified individuals, the presence of large financial corporations, successful ventures, and other government agencies, could explain why Colorado ranks high for average wages.

There were vast and varied changes in average wages in Connecticut, Delaware, and Florida between the years of 2000 and 2019. These increases and decreases, both temporarily and over the longer term, have many differing causes and theories for their cause, including a directly correlated and changing Consumer Price Index in Connecticut, the loss of businesses in Delaware, and whether the labor market gained or lost jobs in Florida. All three states have seen laws passed and enacted to increase minimum wage over the specified time period. 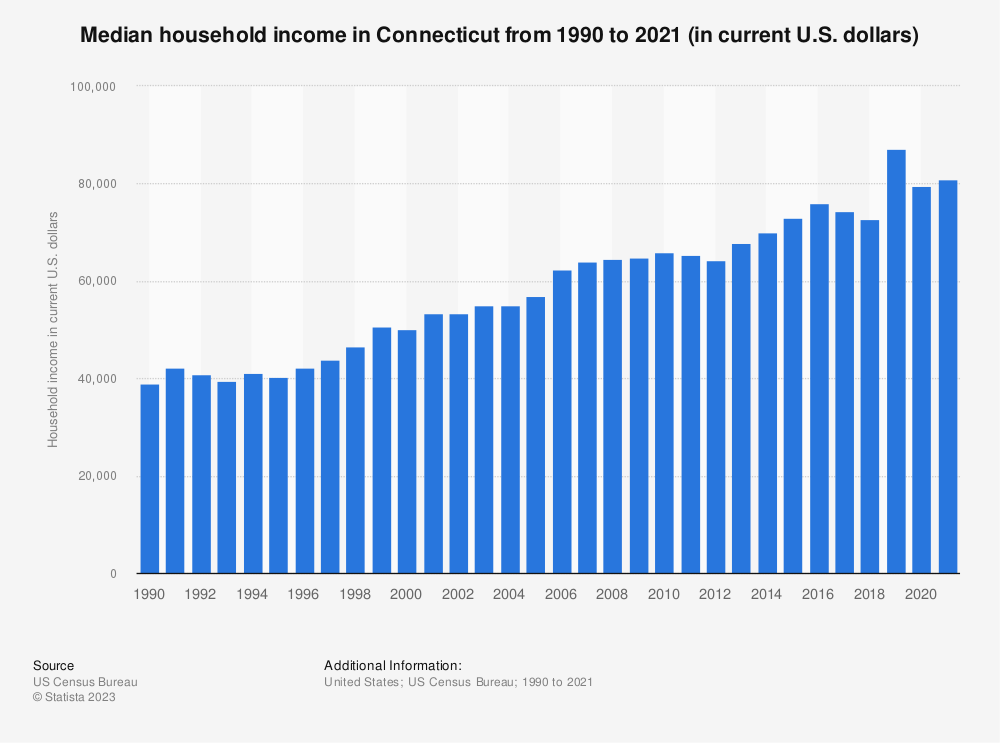 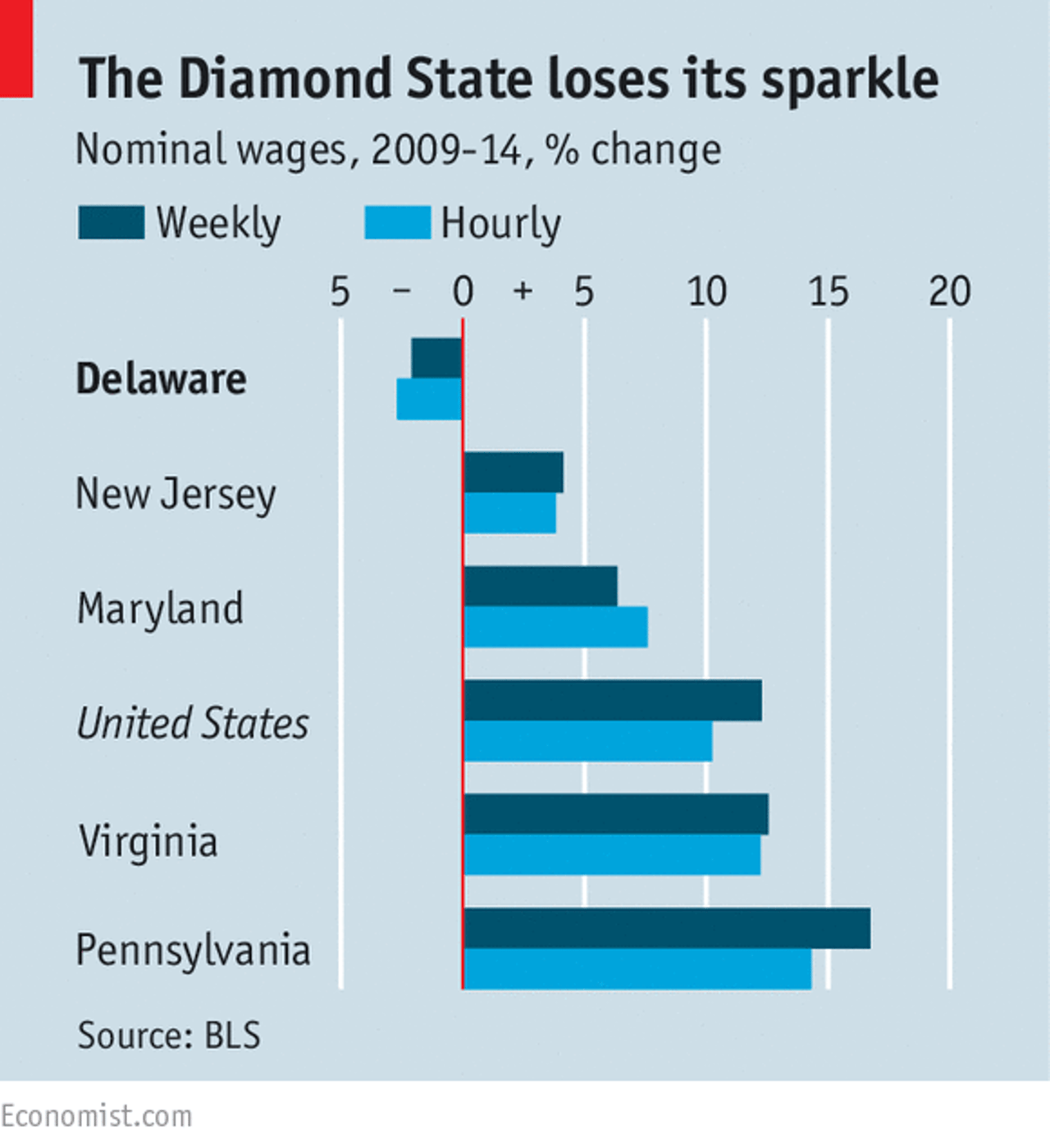 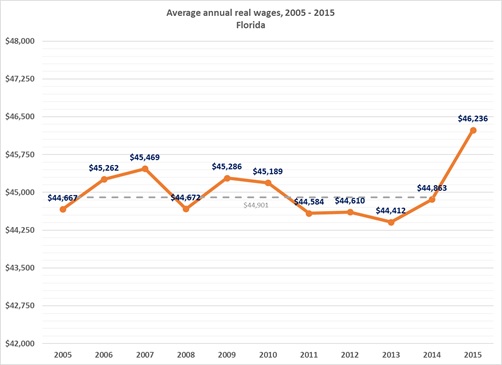 While wages have increased in Georgia, Hawaii, and Idaho, Georgia and Hawaii have not seen significant growth rates. Despite the growth seen in Idaho, wages continue to be below the national average in this state. In these three states, technology is one of the economic drivers and one of the causes of wage increase.

After an extensive search in different news outlets and economic reports, insights for wage changes throughout the years were not readily available for the states of Georgia, Hawaii, and Idaho. However, there were regional and national reports available about the economy of these states, which allowed us to correlate it with wage trends observed in Georgia, Hawaii, and Idaho. We used business journals, economic studies, and analysis allowed to find the relevant data.
Sources
Sources

Construction Wages and Salaries in Alaska

Minimum Wage Laws in the 50 States

Minimum Wage in 2000. How much was inflation?

Copy of Wages vs Inflation

Economic Effects of the Marijuana Industry in Colorado

Colorado unemployment is super low, so why aren’t wages going up faster?

Colorado unemployment is super low, so why aren’t wages going up faster?

In 2019, California workers gain on pay and working conditions. Employers say it will be costly

These 3 Maps Show Where the Great Recession Hit Hardest

Delaware tops in U.S. when it comes to wage growth - Division of Small Business - State of Delaware

Delaware’s minimum wage is now $8.75, here’s what to expect | UDaily

Florida’s most significant minimum wage increase in years is about to take effect, and it’s completely meaningless

The Economy of the State of Georgia | Study.com

What Are the Economic Drivers for Hawaii in 2014 and Beyond

Top 5 Industries in Hawaii: Which Parts of the Economy are the Strongest?

Study: Average tech salary in Hawaii is 52% higher than the average state salary

Idaho’s economy is booming, but rising cost of living could impact the state in coming years