Television Consumption, Out of Home

Television Consumption, Out of Home

Unfortunately, due to the newness of official tracking, the COVID pandemic impacting public and office viewing, and the nature of certain events creating a larger audience, there are no hard facts or data that provide a holistic view of the impact of out-of-home television viewing. As such, the following research provides the publicly available data surrounding current tracking of OOH viewership including information collected from media reporting, industry experts, and Nielsen Global Media. 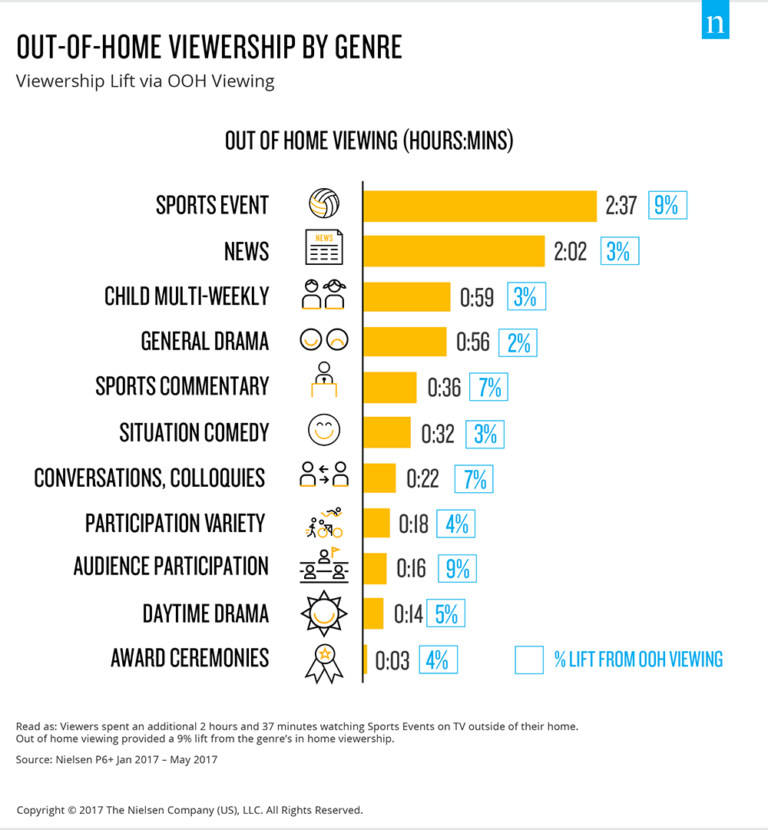 Who’s Watching TV at the Office and in Bars?

Nielsen Works To Include Out-Of-Home Viewing In TV Ratings

ESPN Will Count Linear, Streaming Audiences as One

Thanks to out-of-home viewing, sports sees an increase in overall ratings