The opioid epidemic has become a big hurdle for the US health system. Of the 165 million people that have reported substance use, 20.4 million suffer from substance use disorders (SUDs). Alcohol, illegal drugs, and prescription medicine are the three predominant substances related to SUDs. The overall death rate related to SUDs has also been increasing, reaching over 70,000 deaths in 2019. The unemployment rate has been a crucial factor for the increase of illegal substances prevalence and addiction. However, employed people have not been immune either, with one in 12 reporting having a substance abuse disorder. 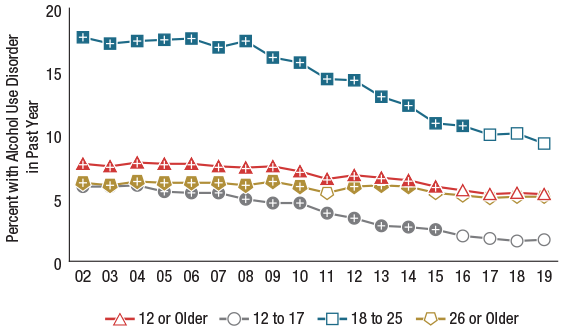 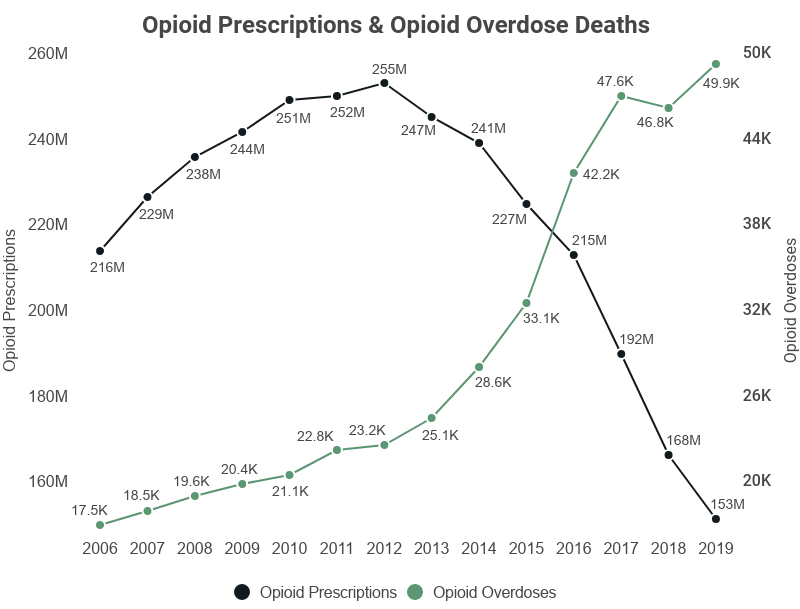 The Demographics of Substance Use Disorder 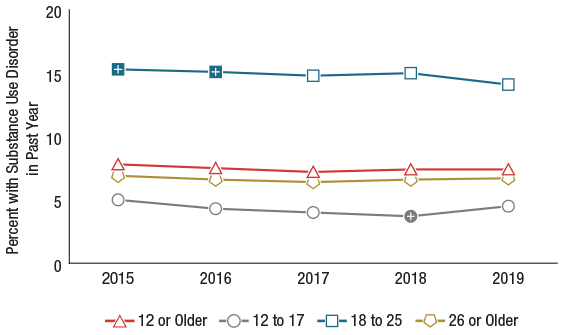 Throughout our research, we focused mainly on data reported either by government agencies like NCDAS, NORC, and the National Survey on Drug Use and Health. We also looked through several recent research articles on the topic to complement our data. While information about the subject was generally abundant, the specific prevalence of people with SUDs that are unemployed was scarce, with most of the data coming from 2013. Several research reports that have analyzed the effects of unemployment on the development of SUDs have also noted that the relationship between substance abuse and unemployment is complex and often unclear. Data about prevalence in unemployment was missing from the last National Survey and many of the other authorities in substance abuse, notably the American Addiction Center uses data that is from 2013, suggesting that a more accurate representation of the figure has not been provided in recent survey responses.
It is also important to note that some of the data we used in this report may be similar to the data used in the previous iteration of the project. The main reason for that is that we strove to provide the most up-to-date information related to the subject in question.

Only the project owner can select the next research path.
Need related research? Let's launch your next project!
Sources
Sources
a

Key Substance Use and Mental Health Indicators in the United States: Results from the 2019 National Survey on Drug Use and Health

“Know your epidemic, know your response”: Epidemiological assessment of the substance use disorder crisis in the United States

New Analysis: Employers Stand to Save an Average of $8,500 for Supporting Each Employee in Recovery from a Substance Use Disorder | NORC.org

The NSDUH Report Data Spotlight: 10.8 Million Full-Time Workers Have a Substance Use Disorder