STATES WITH A BAN ON BANS 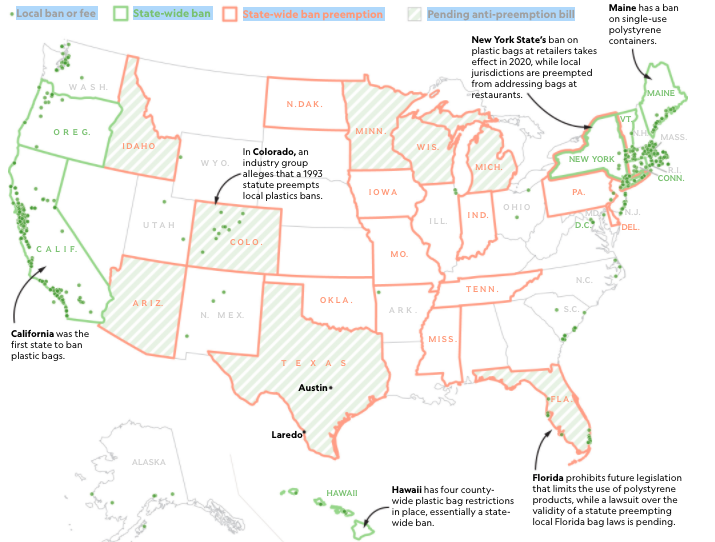 HINDRANCES TO THE UPTAKE OF PLASTIC-FREE PRODUCTS

The Purpose of Single-Use Plastics - This Is Plastics

The Purpose of Single-Use Plastics - This Is Plastics

Move away from single-use plastic shifting into hyperdrive

Ban on single-use plastic: What products, industries will be hit?

Despite war on plastic, study shows only few states have banned plastic bags

Five Reasons Banning Plastics May Harm the Environment and Consumers

Paper or Plastic: Why This Should No Longer be an Option | Lexology

Plastic To-Go Containers Are Bad, but Are the Alternatives Any Better? | Civil Eats

See the complicated landscape of plastic bans in the U.S.