There is no straightforward definition of an ‘independent musician.’ However, a description that more or less captures the essence of this caliber of artists is ‘musicians who employ a ‘do-it-yourself’ approach to recording and publishing music. This brief provides relevant insights on independent music artists in the United States. 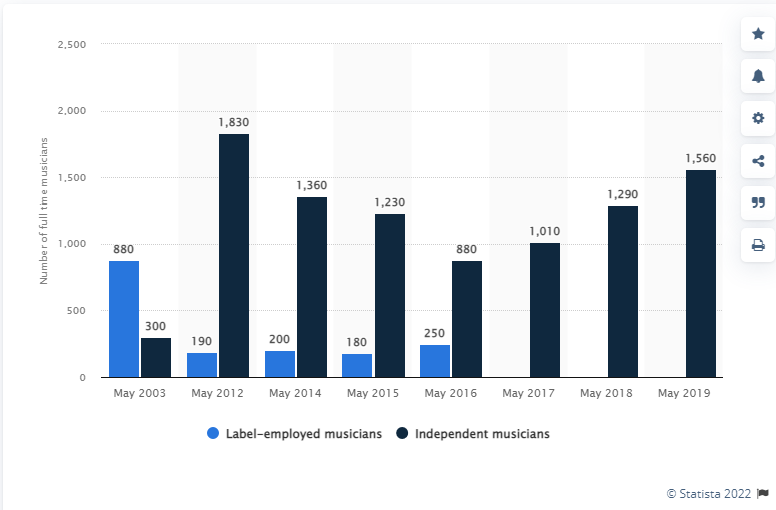 We searched for recent insights that reflect the current state of the U.S. music industry in relation to independent music artists. For data that was not readily available, we made estimates based on prevailing trends and patterns. For example, to get the data on the average fan base of an independent music artist, we sampled a few top independent artists in the U.S. who broke out in recent years (2018 – 2020), such as Megan thee Stallion and Lizzo. We considered their duration of stay in the music industry and when they broke out.

Megan Thee Stallion graduates: ‘Do this for myself’ | show - Netherlands News Live

Independent Musical Artists With A Net Worth In The Millions

How Much Do Musicians Make? Independent & Signed Artists Compared - Music Industry How To

Number of full time musicians in the U.S. by employment type 2018 | Statista

Being an Independent Artist vs. Signing to a Record Label | Icon Collective

Why Independent Musicians Are Becoming The Future Of The Music Industry