This research brief lists five countries with EFV legislation or regulations, though in the UK's case, some of these policies or bans are integrated into plans but still under consultation in terms of legal enforcement. We have also listed ten countries which have significant financial incentives in place for the EV industry. We focused on those countries with specific support for companies and manufacturers, but as those are limited, we also included countries whose subsidies are so huge, they are promoting sales, and supporting the EV industry through those. 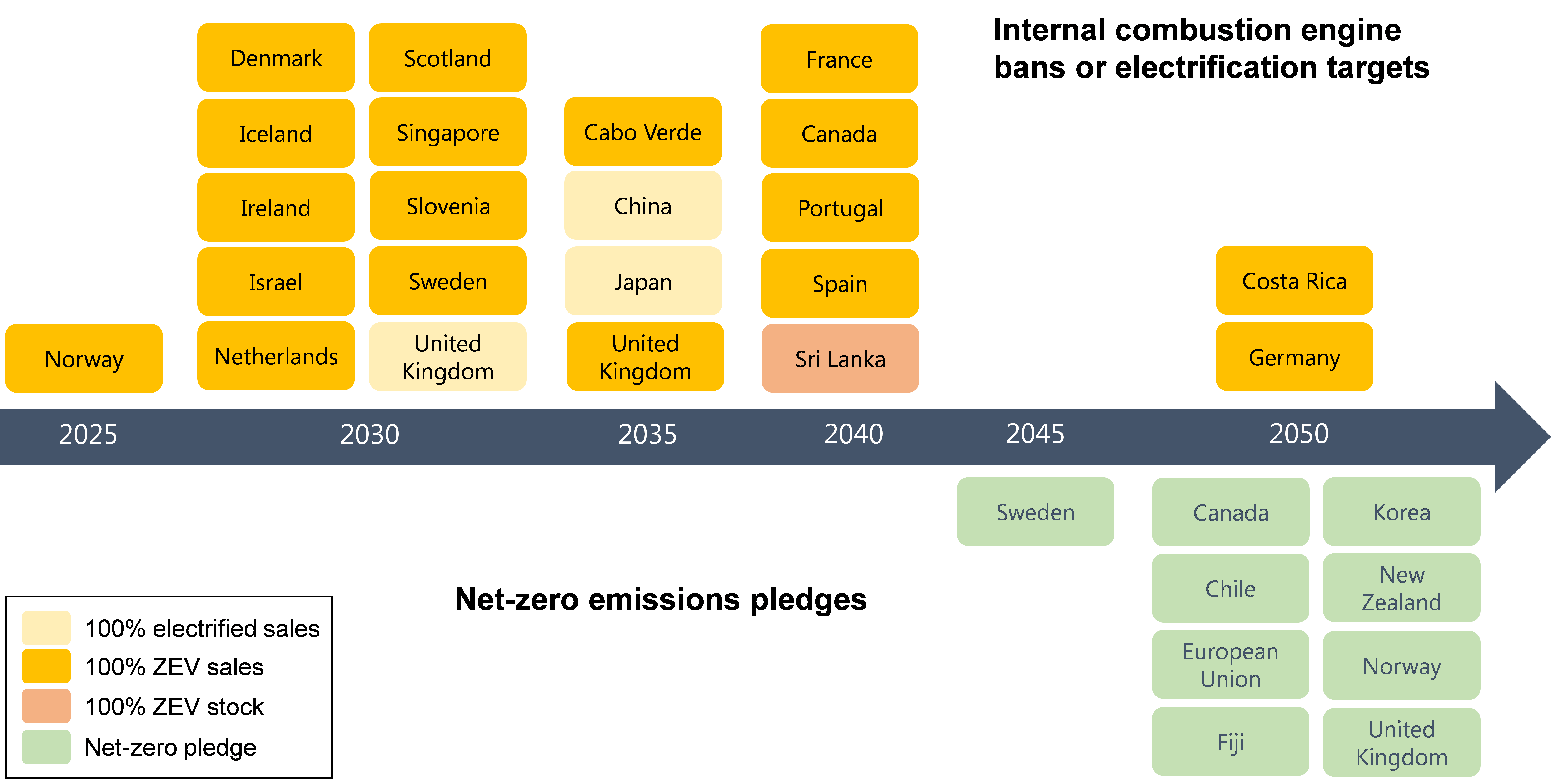 We consulted reliable and recent government reports, federal and state documents including laws and regulations, ministry and government press releases, news articles, market reports, and other sources to compile the above two lists and their details. For the financial incentives list, we included the few countries that provide direct incentives to manufacturers and other EV companies, and then also looked at the countries providing consumers with the best rebates, which encourages sales and then benefits companies indirectly. We considered those countries with the highest production of EVs as well.

Only the project owner can select the next research question.
Need related research? Let's launch your next project!
Sources
Sources
t

What is the status of the Mobility Orientation Bill?

Building a green economy: Government of Canada to require 100% of car and passenger truck sales be zero-emission by 2035 in Canada

Quebec to ban sale of new gasoline-powered cars from 2035

Towards a revision of the Alternative Fuels Infrastructure Directive - Think Tank

UK to ban selling new gas and diesel cars by 2030

What are countries doing to drive electric vehicle sales?

Driving an Electric Vehicle in Mexico: Can it be Done?

FACT SHEET: The American Jobs Plan Supercharges the Future of Transportation and Manufacturing | The White House

Why Foreign Investors Should Invest in Indonesia’s Electric Vehicle Market

Your next electric car will likely be a Chinese make. Here’s why

Quebecers account for nearly half the sales of electric vehicles in Canada: why?

EV and EV Charging Incentives in Germany: A Complete Guide

EV and EV Charging Incentives in Germany: A Complete Guide