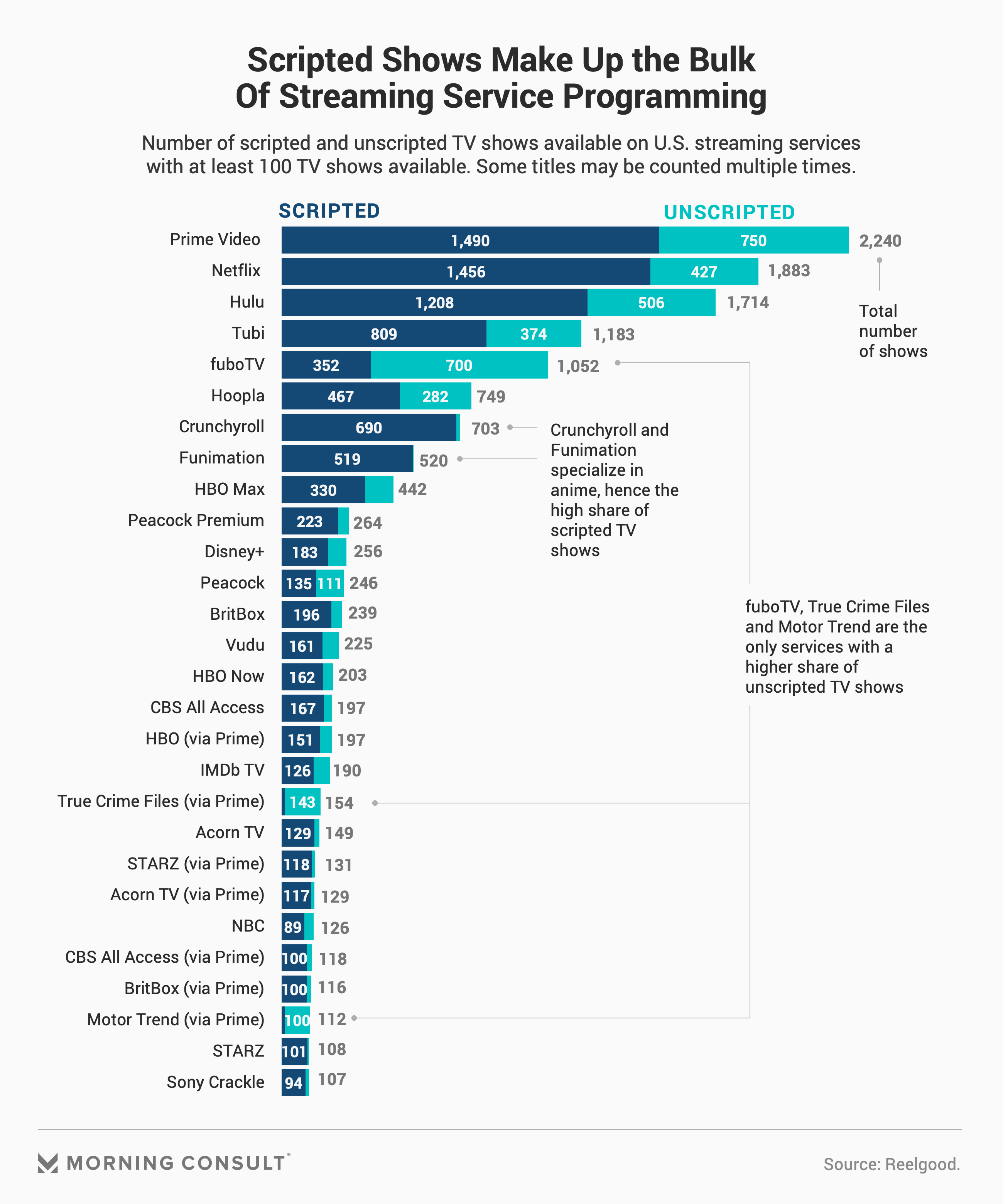 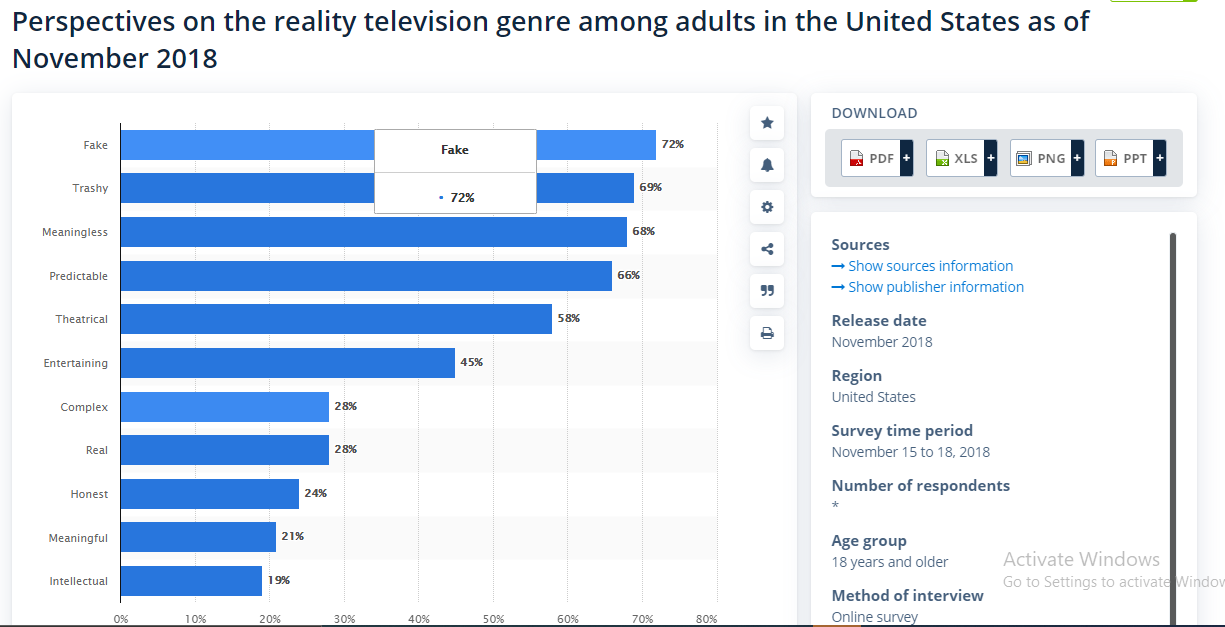 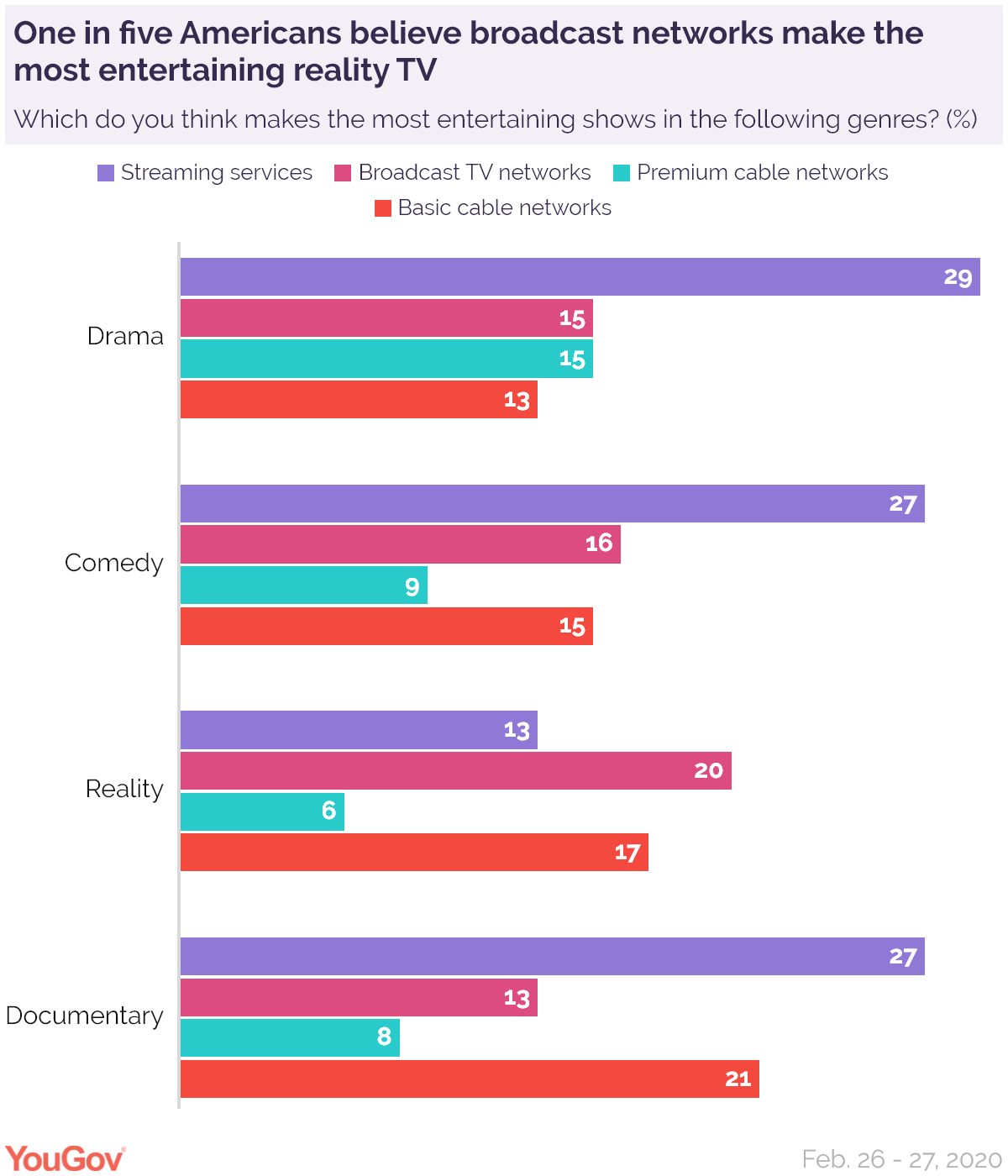 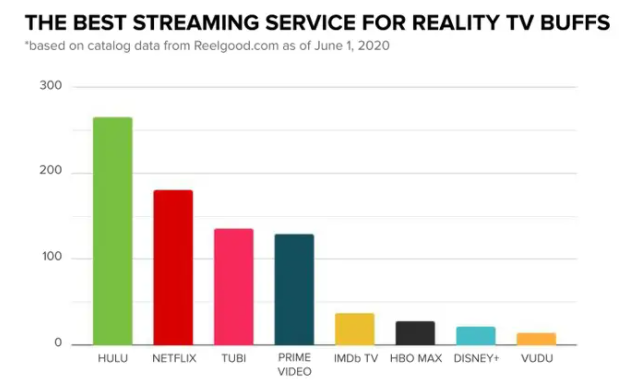 Source
NOTE: We chose the top platforms depending on consumers' preferability and the number of reality shows they have.

Demographic Analysis Regarding Reality TV Show Consumption in the US

The Percentage of Age Groups Watching Reality TV in the US 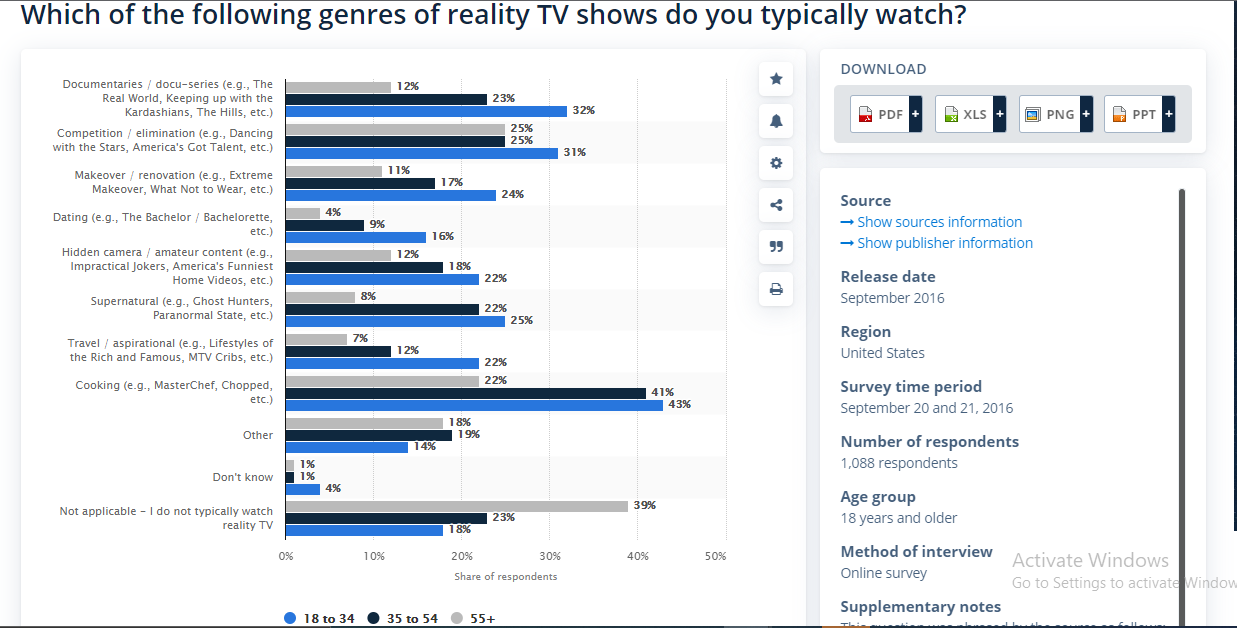 To find the requested data regarding the cable and OTT reality TV show market in the US, we utilized various reputable sources in the public domain, including 1] News and media articles by Forbes, The New York Times, and others; 2] Industry sources, such as Morning Consult, 3] Reports published by various cable TV networks and OTT companies; 4] Movies and TV shows review sites like Rotten Tomatoes, IMDb; and 5] Sources that provide statistical information, including surveys, such as Statista. From these sources, we could find most of the required data. However, none of them could provide the most recent data about the percentage of shows categorized as reality TV on cable TV networks and OTT platforms and the popular reality TV genres by demographics. In addition, information on where different members of the viewing audience prefer to consume their content based on their demographics was unavailable in the public domain. This could be because there is no recent survey or study in the public domain regarding the 1] percentage of reality shows on various networks and streaming platforms; 2] Popular reality TV genres by demographics, and 3] Platforms audiences prefer to watch reality TV on based on their demographics. Therefore, we have provided the most relevant data regarding the missing information (To achieve this, we had to use data or sources that are more than two years old).

Getting Real: Reality Shows Are Essential to TV’s Future | This is Capitalism presented by Stephens Inc.

The Majority of Streaming TV Shows Are Scripted, Which Is Exactly What Viewers Want

Is Reality TV Stealing Your Reality

Hulu is the best streaming service for reality TV fans, but Netflix is making big strides with its original shows

Ranked! The Best Reality TV Shows of All Time. If Only Real Life Was This Entertaining

How to watch ‘American Idol’ online? Is it streaming on Hulu or Netflix? Find out

How to watch ‘So You Think You Can Dance’ for free

Popularity of reality TV genres in the U.S. by age 2016 | Statista