The Outlook of the Gig Economy

The Outlook of the Gig Economy

The "gig economy" is older than most think, having its early origin around 1915 when the term was coined by jazz musicians referring to performances. Since 2009, the gig economy has taken on its more modern definition as " a digital platform that allows freelancers to connect with potential clients for short-term services or asset-sharing." An overview of the total gig economy shows one that has been growing in recent years, and research suggests that COVID-19 may amplify this growth in the coming months. The digital services area has largely followed this growth trend. However, like any market, the gig economy has strengths, weaknesses, opportunities, and threats associated with it. The second part of the report provides a SWOT analysis of the market. Finally, trends play a large role in the future direction of any market. Two recent trends that are impacting the gig economy are discussed in the third section of this report. For completeness, relevant aspects of the strategy have been incorporated into this report. 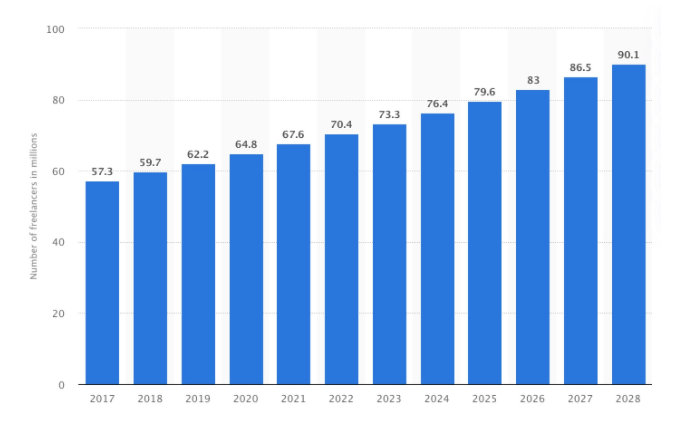 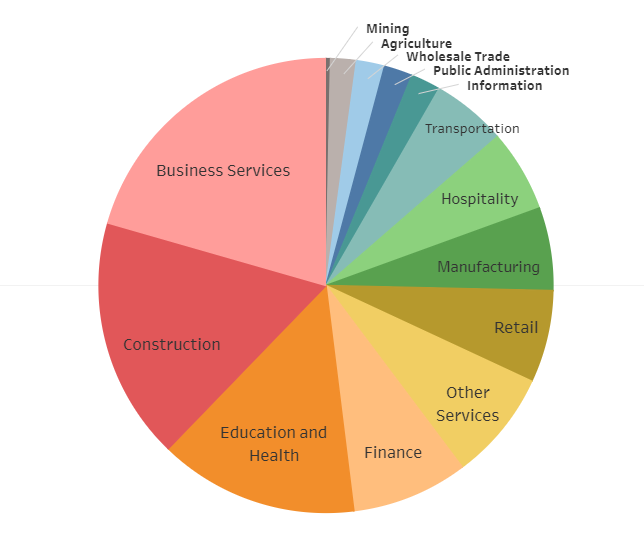 Overview of the Market 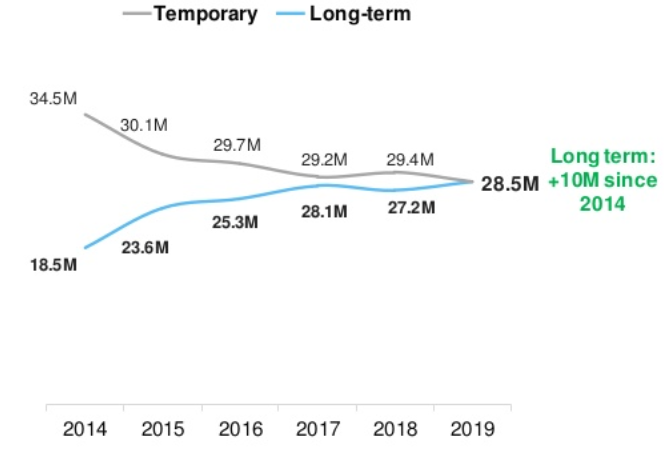 Source
An increase of approximately 10 million freelancers between 2014 and 2017, accompanied by a decline of 6 million has seen the number of freelancers in each group converge at 28.5 million, representing an equilibrium of sorts.
The decrease in the number of people moonlighting between 2014 (19%) and 2017 (17%) after a rapid ascension the preceding years, coupled with a decrease in the number of part-time freelancers over the same time period (57% to 53%) is generally supportive of the trend toward long-term and full-time participation within the market. This has been accompanied by a subtle redistribution of those that choose to be freelancers over those that do freelancing out of necessity in favor of the former (60% to 40%).

The Markets Within the Market

Freelancer Perspectives of the Gig Economy

General Metrics of the Market

Growth of Collaboration and Sparring

Increased Use of Gig Economy by Fortune 500 (and Large) Companies

The trends which have been identified are considered trends based on the considerable discussion they have generated among industry experts and commentators, and the volume of research and online articles which have been produced and written discussing them.

Get Freelance Worker Statistics and Learn About This Thriving Industry

New rules for the sharing and gig economy? The new normal in international tax | Lexology

The Gig is Up? COVID-19 & Remote Work Trend Toward Growth in Gig Labor* | ICLG.com Online Updates

The Future of Work is Remote | MVP Factory

The End of Traditional Employment—The Other Gig Economy

The world’s biggest gig: How the gig economy will change in the future - IE Driving Innovation

Would You Like To Be A Freelancer Or An Independent Worker? Discover The Pros And Cons Of The Gig Economy

Would You Like To Be A Freelancer Or An Independent Worker? Discover The Pros And Cons Of The Gig Economy

The gig economy has ballooned by 6 million people since 2010. Financial worries may follow

What kinds of work are done through gigs?

Are We Ready For A Workforce That is 50% Freelance?

Fisher Phillips: Top 2019 Trends to Expect for the Gig Economy

What’s next for the gig economy? - Alifery Freelance Legal Experts

‘Business as unusual’: How COVID-19 could change the future of work

The AI gig economy is coming for you