The growing smart lock industry globally comprises Bluetooth, WiFi and Near Field Communication (NFC) enabled devices; however, little information is publicly available to differentiate among the usage and adoption of each technology within the market. As a result, factors influencing the residential and commercial market segments have mainly been provided with regard to the smart lock industry as a whole with the assumption that it is representative of those using NFC-enabled locks but where possible, specific information regarding NFC smart locks is given. Growing interest in smart homes is the driving factor of the residential market. In the commercial market, the need for secure access systems in hotels, co-working spaces, small businesses, university campuses and vehicles has led to the adoption of NFC smart locks.

Smart locks are increasingly becoming staples in households as more people move toward "smart home" automation. Smart security systems are one of the first points of access into the market and many homeowners use a smart lock as part of the larger system. In general, multiple sources indicate that smart locks are becoming popular in residential applications because of their increasing affordability and convenience.

Within the commercial segment smart locks have long been used by the hospitality industry, especially in the form of hotel room keycards and fobs. This industry is expected to continue to lead the commercial market growth of smart locks, including those using RFID/NFC technology. However, other sectors that are finding applications for and implementing this technology include co-working spaces, small businesses, higher education institutions and the automotive industry. 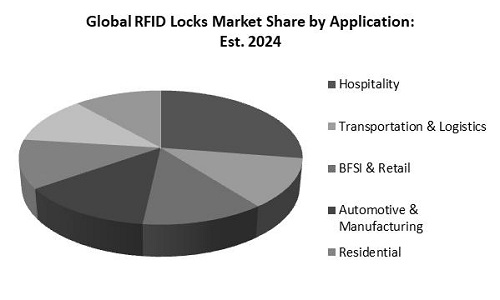 1 in 4 People Plan to Buy a Smart Lock This Year, Study Says

33% of People Plan to Invest in a Smart Home Device in the Next 3 Years, Demonstrating the Growth of IoT in the Home

In the future, smart homes will differ by country | MultiLingual Insights

The best smart lock for a keyless home

How iOS 13 Will Unlock NFC’s Potential

The Rise of Coworking Spaces (And The Next Big Shift)