Minority-founded startups suffer from crippling venture capital-biases, serious difficulty securing funding, and an acute lack of access to the critical mentorship often provided to white, male-founded startups.
We have curated eight additional pieces of information, data, and/or statistics surrounding the under-representation of minority startup founders in the United States and how they receive very little venture capital dollars when compared to non-minority founders. Minority startup founders have been defined as people of color, latinx, women, LGTBQ, disabled people, and other similar labels. As requested in a note provided to us in a follow-up email, we have focused on high growth startups needing venture capital like those in technology, and avoided data surrounding small businesses. In order to present one cohesive document, we have also brought over five of the relevant data points [with the addition of two graphics we thought would be helpful that were not included in the early findings] from the initial hour of research bringing the total number of data points to thirteen. We want to point out that we excluded the data points found in the early findings that mentioned small businesses. 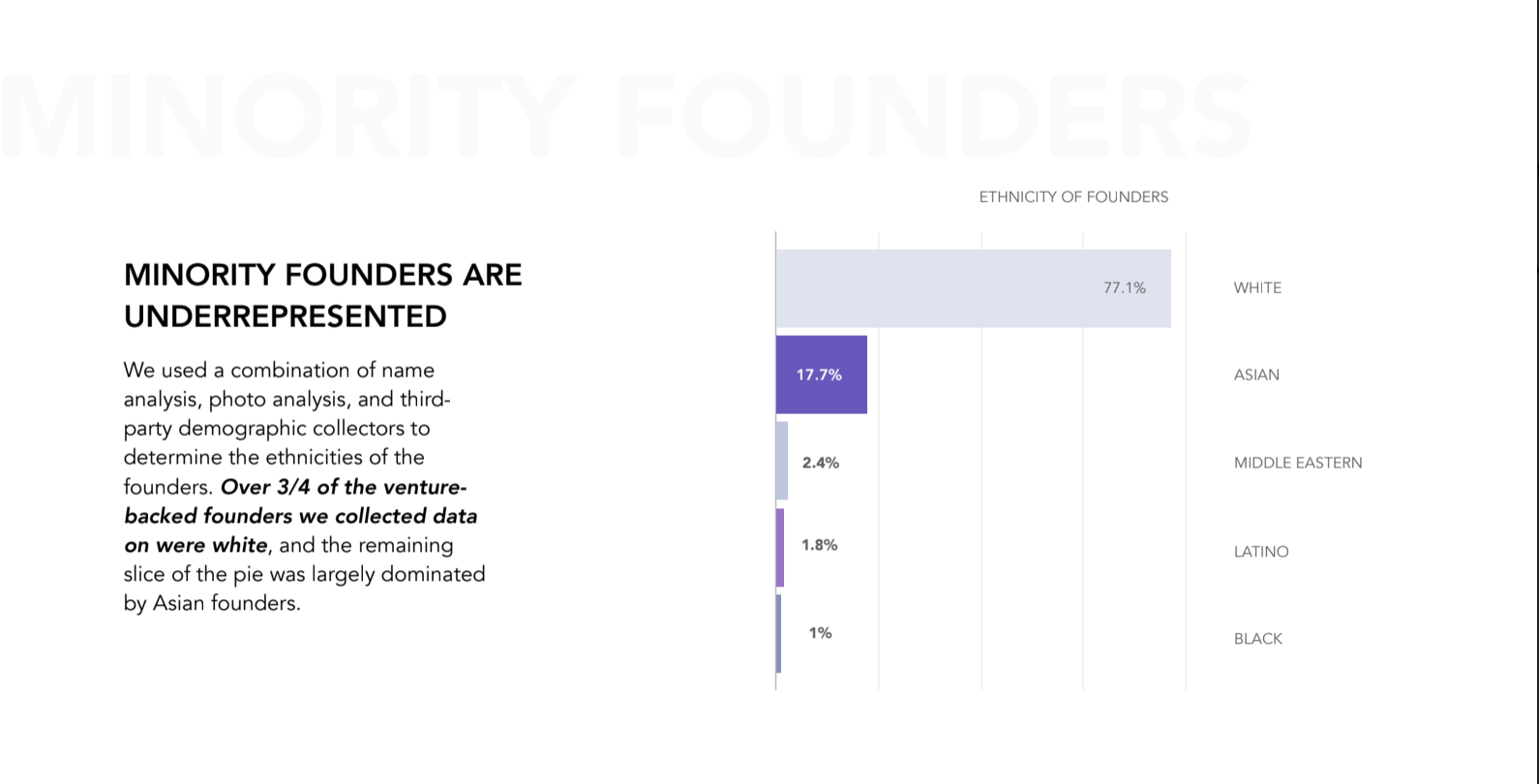 The State of Access to Capital for Entrepreneurs: From Barriers to Potential

The US will become ‘minority white’ in 2045, Census projects

In 2018, All Female Founders Put Together Got $10 Billion Less Than Juul

Out in tech: LGBT+ entrepreneurs struggle for funding

51 VCs Who Want To Invest In Women, Black And Latinx, And LGBTQ+ Founders

A Data-Driven Look at Diversity in Venture Capital and Startups