Provided below is an overview of acquired (versus congenital) hydrocephalus including the types, causes, treatments, and diagnostic tools. Additionally, there are links to five studies that have been done on hydrocephalus in the last couple of years. Finally, some data is provided on the best US hospitals for neurosurgery, as well as links to some highly rated doctors in the San Francisco area. 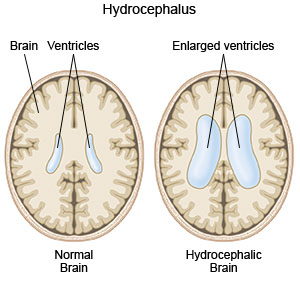 For this research on hydrocephalus we leveraged the most reputable sources of information that were available in the public domain, including the Mayo Clinic, NIH, NHS, clinicaltrials.gov, US News and World Report, and Science Direct.
Of note, there were numerous topics that needed to be covered in a short amount of research time. Therefore, this report provides a broad overview rather than an in-depth analysis.

Acquired hydrocephalus is associated with neuroinflammation, progenitor loss, and cellular changes in the subventricular zone and periventricular white matter - Fluids and Barriers of the CNS

Navigating the ventricles: Novel insights into the pathogenesis of hydrocephalus

Nonsurgical therapy for hydrocephalus: a comprehensive and critical review