A social media review was undertaken for four global fashion companies - LVMH, VF Corporation, Kering and Inditex. The review looks at each company's LinkedIn, Twitter, Instagram, Facebook and YouTube pages, as well as the company's blog or news page, if existing. For each social media channel, the number of followers, frequency of posts, number of interactions, most common topics and any employee interactions are provided in the attached spreadsheet. This report provides a brief overview of the findings for each company as well as three examples of its most popular post across all channels over the past three months. In all cases, LinkedIn and/or Instagram proved to be the platforms with the most interactions. The information in the spreadsheet for LVMH was updated from the previous research to provide the top two to three topics on each of its social media channels.

Screenshots of LVMH's three most popular posts over the past three months, across all social media channels, are provided below. It must be noted that all three posts are from the company's Instagram page, receiving over 7,400 likes each. 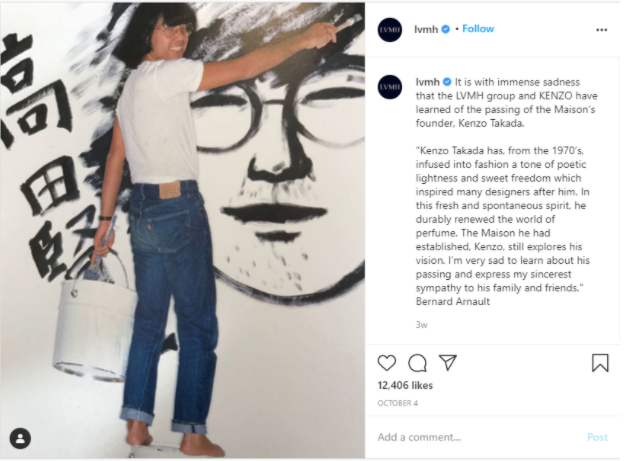 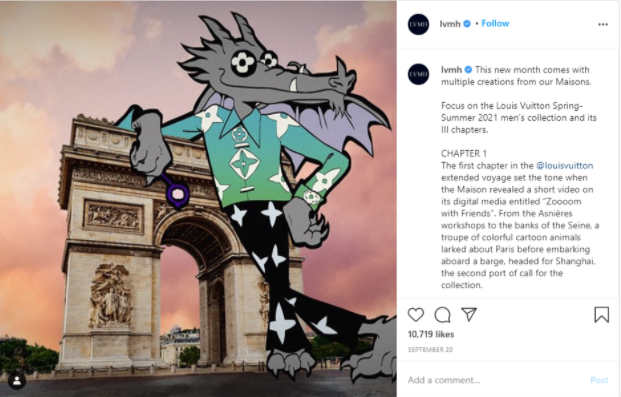 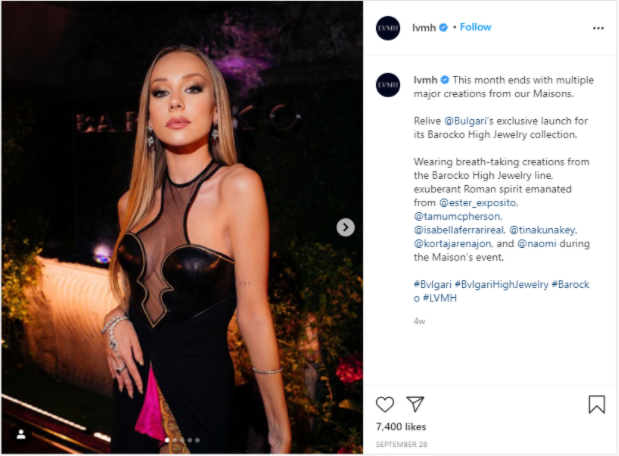 Screenshots of VF Corporation's three most popular posts over the past three months, across all social media channels, are provided below. It must be noted that all three posts are from the company's LinkedIn page, and garnered over 1,000 reactions each. 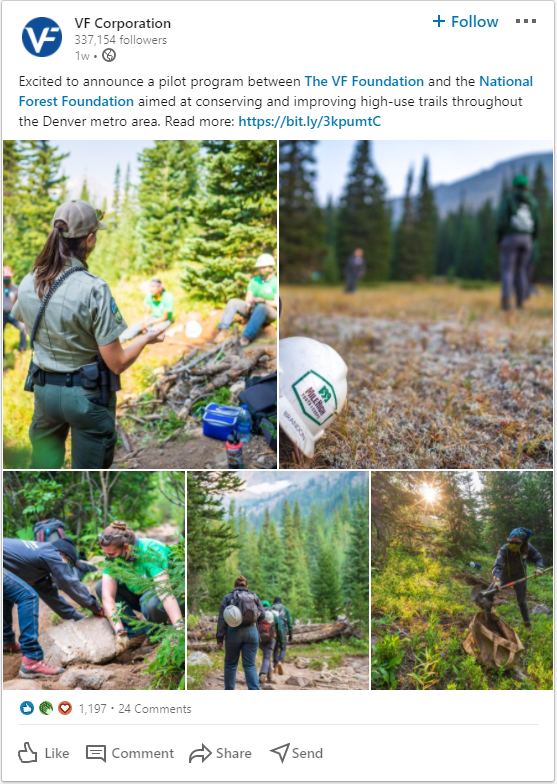 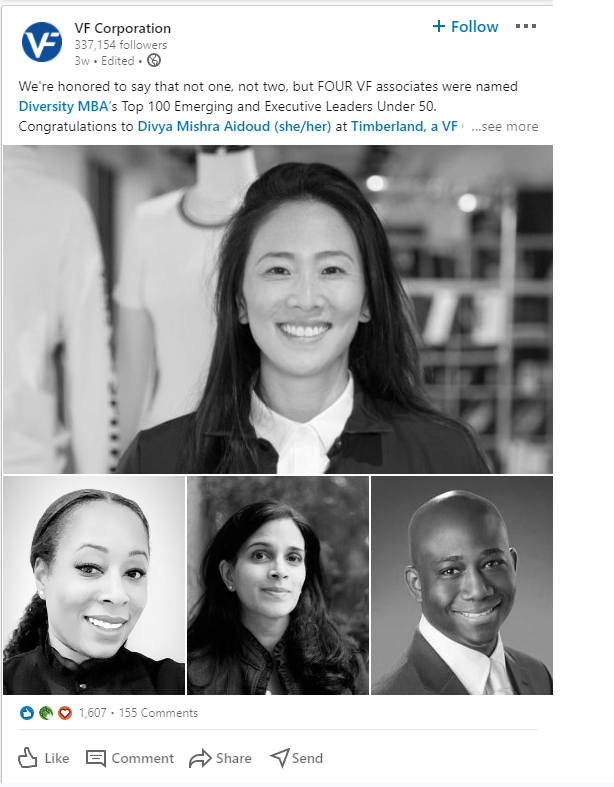 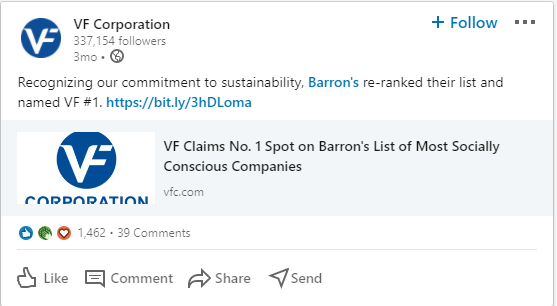 Screenshots of Kering's three most popular posts over the past three months, across all social media channels, are provided below. All posts selected garnered upward of 1,400 reactions. 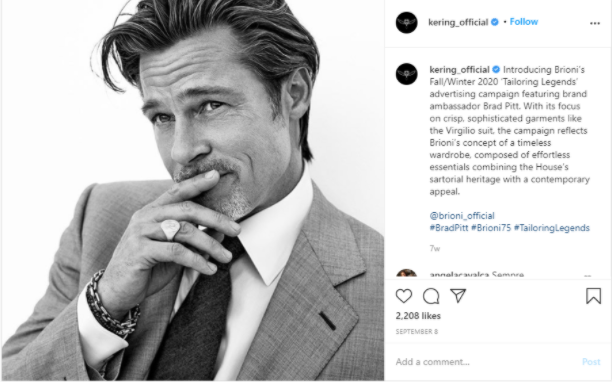 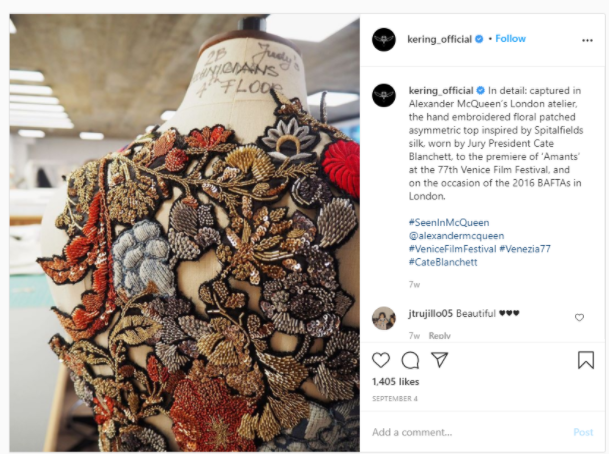 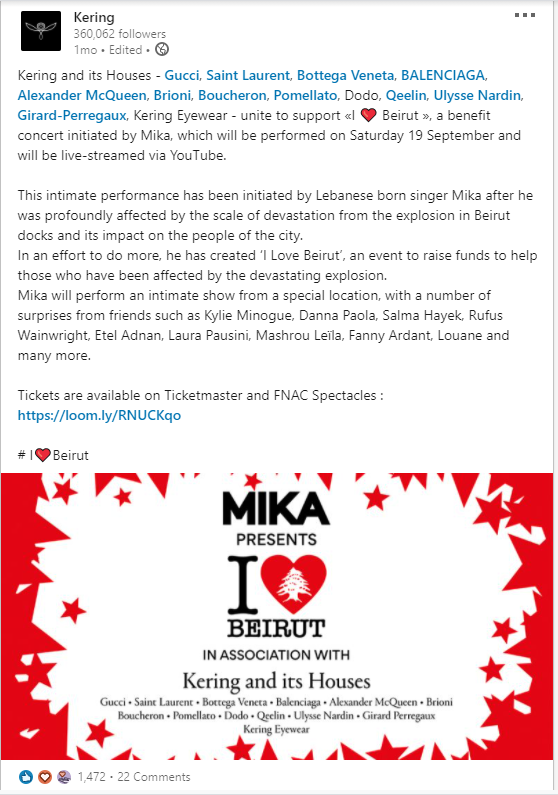 Screenshots of Inditex's three most popular posts over the past three months, across all social media channels, are provided below. All posts received the most interactions through LinkedIn, with over 2,000 reactions. 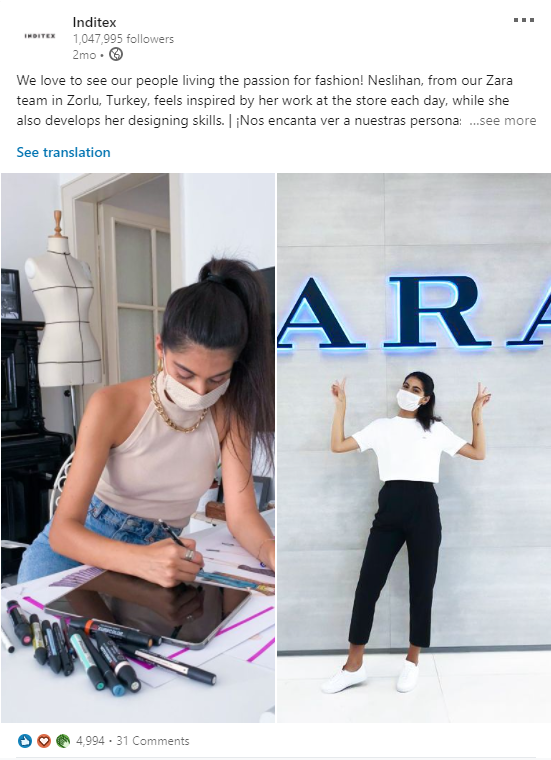 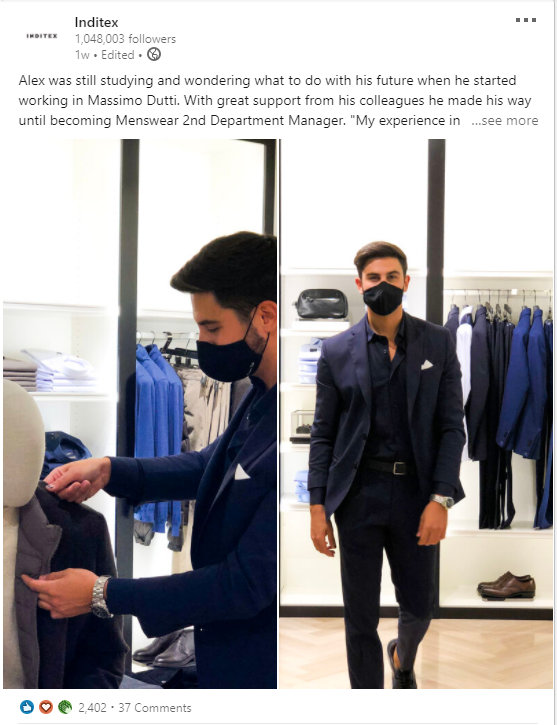 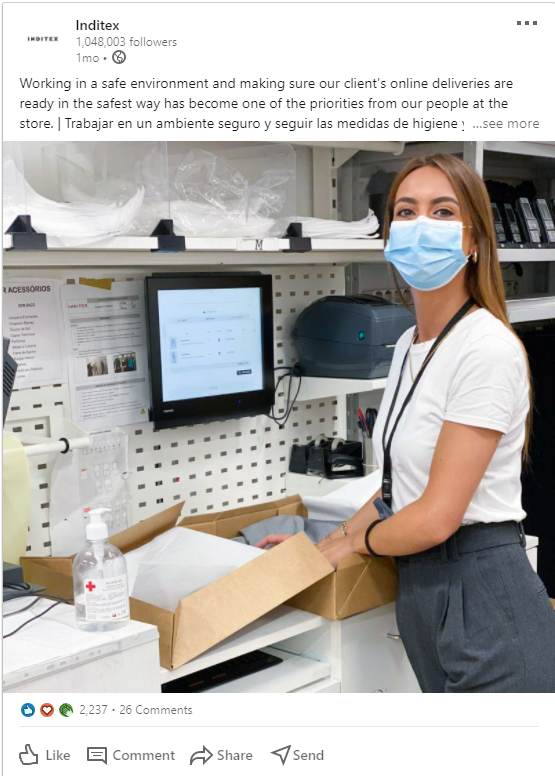 For the number of interactions on each social media page, we provided an average range based on typical numbers for likes/reactions, comments, retweets, views and shares. Therefore, the range tends to exclude the highest or lowest number of interactions received by any post, as these numbers are usually rare. For Twitter, this number only refers to the company's own tweet, not any retweets they shared. As was noted in the previous research, it is not possible to tell if company employees are interacting with the company's social media content except to a limited extent on LinkedIn. As such, we only provided employee interaction information for LinkedIn by looking through the list of persons who have reacted or commented on recent posts to see if anyone works at the company through their profile tag line. Additionally, only direct employees of the company were used as examples for employee interaction on LinkedIn but in all cases, employees of the associated brands also reacted to the posts.
Sources
Sources