We have curated data to provide an overview on peer-to-peer (P2P) payments. This has included, but not been limited to the number of people that are utilizing P2P, the number of people accessing mobile peer-to-peer payment apps, how people are using P2P payment apps, any age cohort usage data, and any trust perceptions surrounding the adoption of P2P payments. We kept a United States focus for this aspect of the research.
We have also presented a competitive landscape for Venmo, PayPal, Cash App, Zelle, Google Pay, and Apple Pay. For each competitor, we have provided their main messaging and value proposition; what they offer [products and/or services]; 2-3 examples of their recent creatives; any partnerships within the last 12 months; links to any news/media/announcements made in the past 12 months; their market share only if it was publicly available and did not require a triangulation; and the number of users they have. We felt this was best presented in a custom Google spreadsheet for both ease of viewing and comparison. There are two tabs on this spreadsheet, as we decided to house the examples of their recent creatives separately. For these creatives, please refer to row 59 and onward for the source links to them. While the entire presentation can be viewed in the Google spreadsheet, we have provided three highlights below under the header: "Competitive Landscape: P2P Companies".
Finally, we turned to providing an overview surrounding peer-to-peer "super apps". This has included, but not be limited to, which companies are rolling out super apps, what they are and will be able to do, what consumers might be expecting from these super apps, and data surrounding super apps and how they evolved in China to how they are now coming to the west. For this part, we kept a global geographic focus. We want to note that we did see the comment left for this particular section asking for this to be kept to 10 hours or fewer. This section was only scoped to three hours. If a deeper understanding of "super apps" is required, we can certainly do that in any subsequent projects that might want to be kicked off. For now, this section should better inform the reader if this is required. 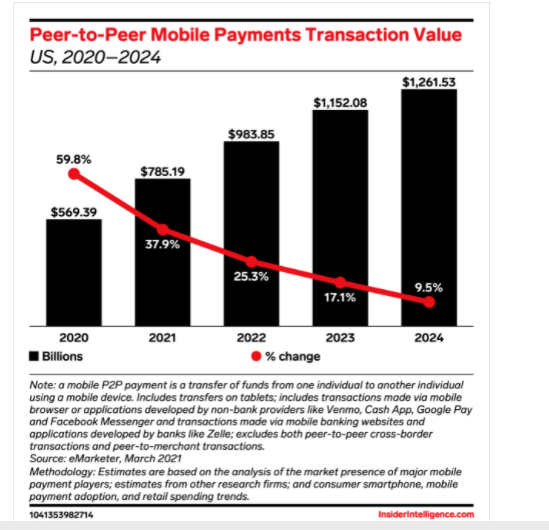 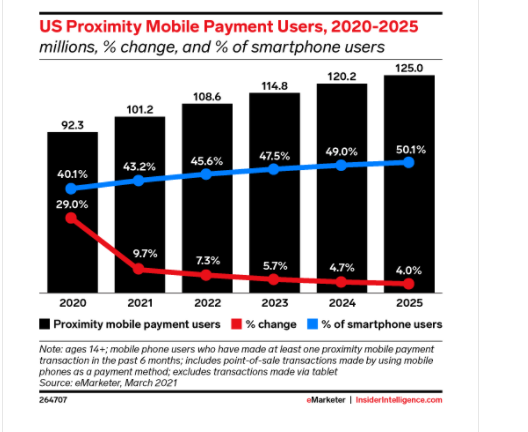 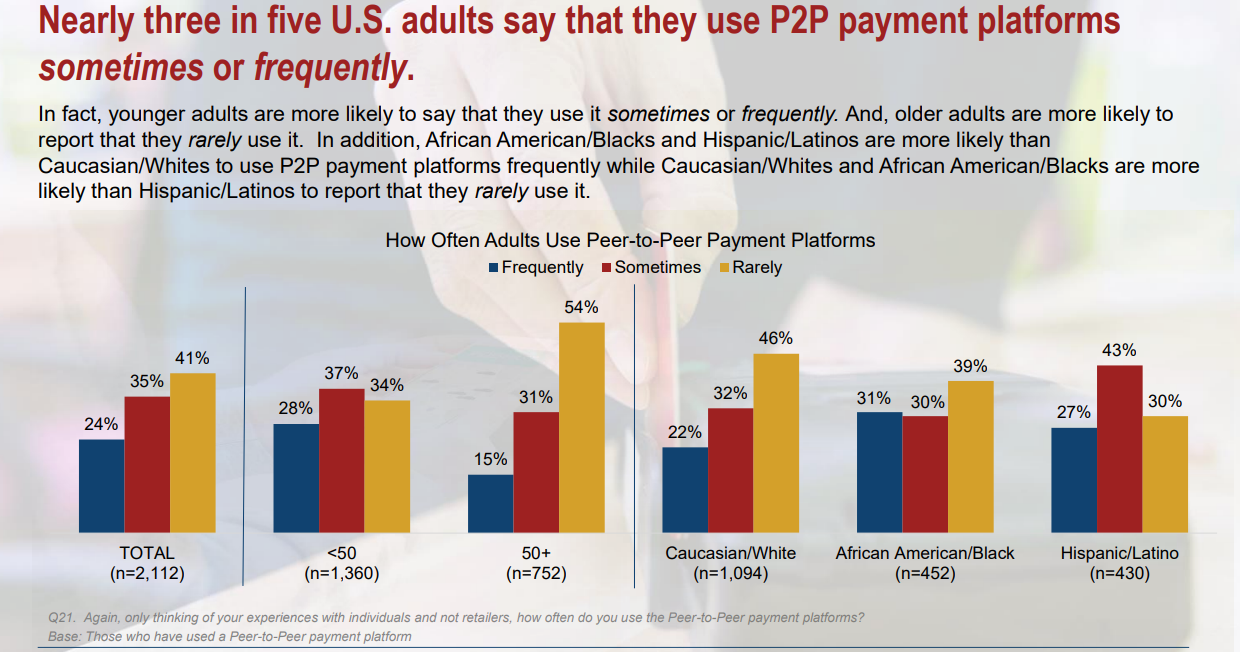 How P2P Payment Apps are Being Used 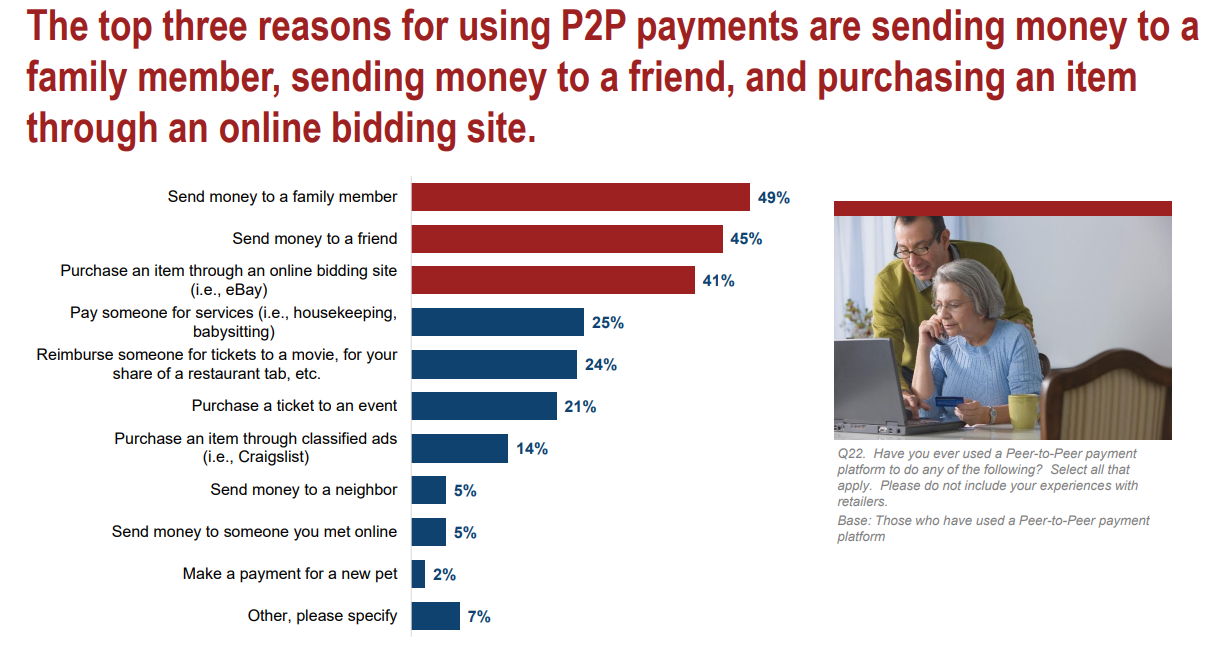 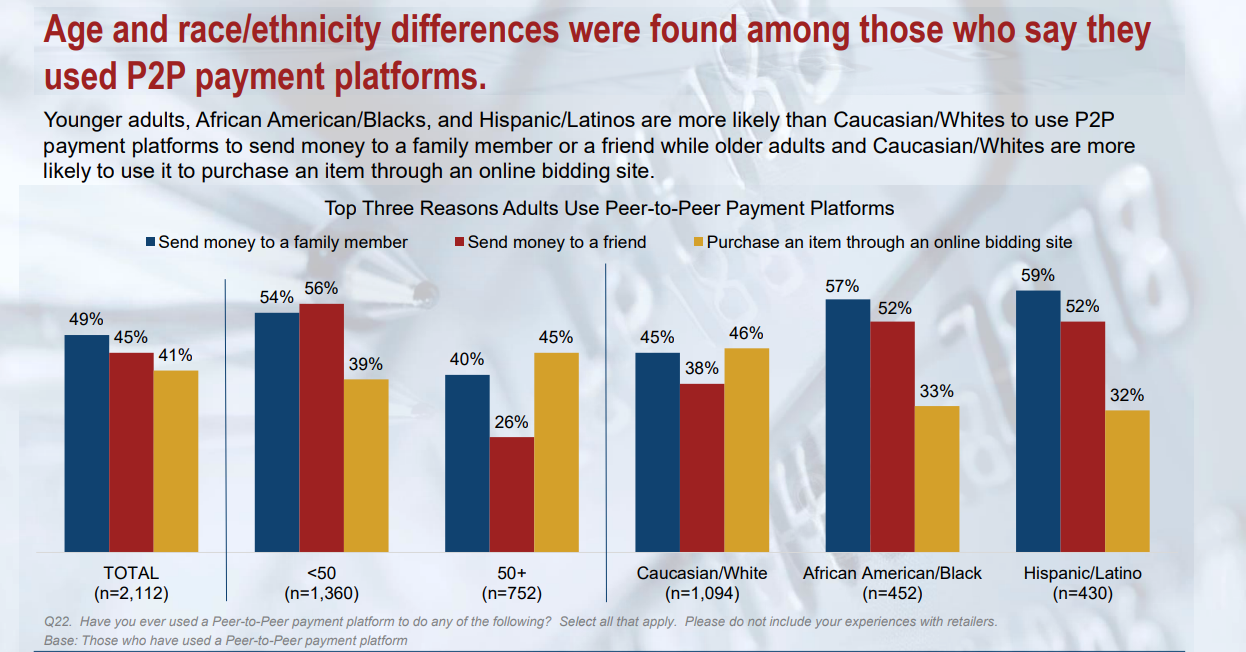 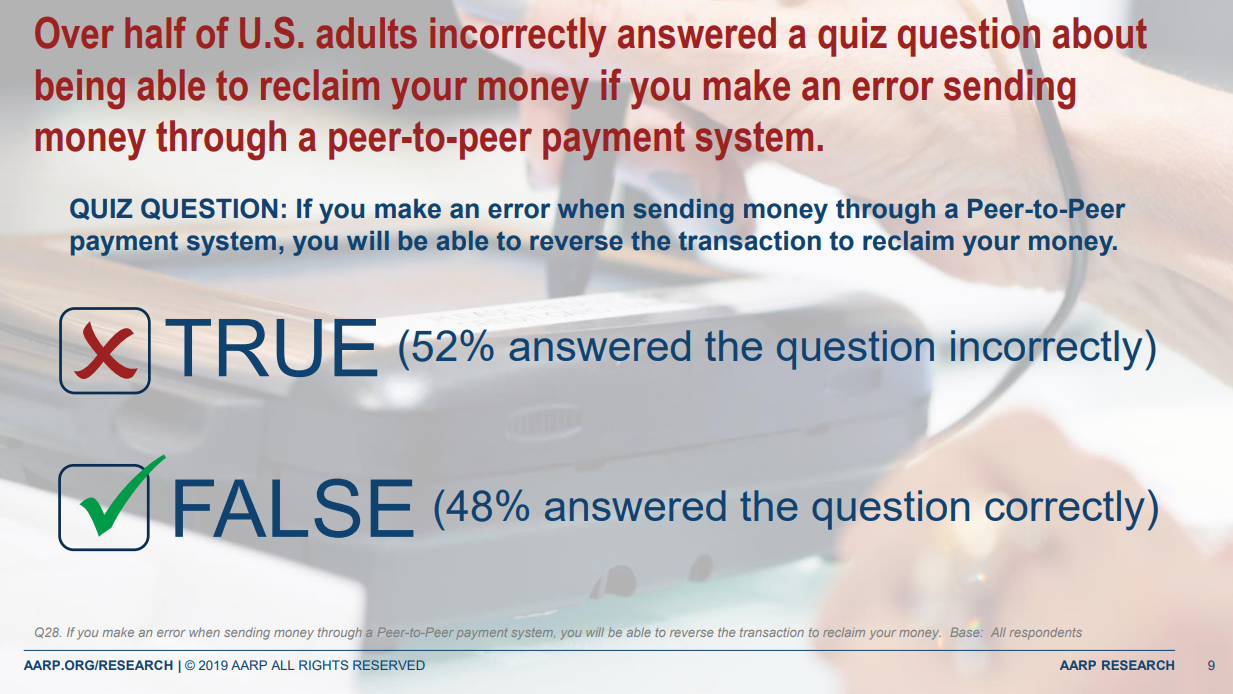 Data on Companies that are Rolling out Super Apps 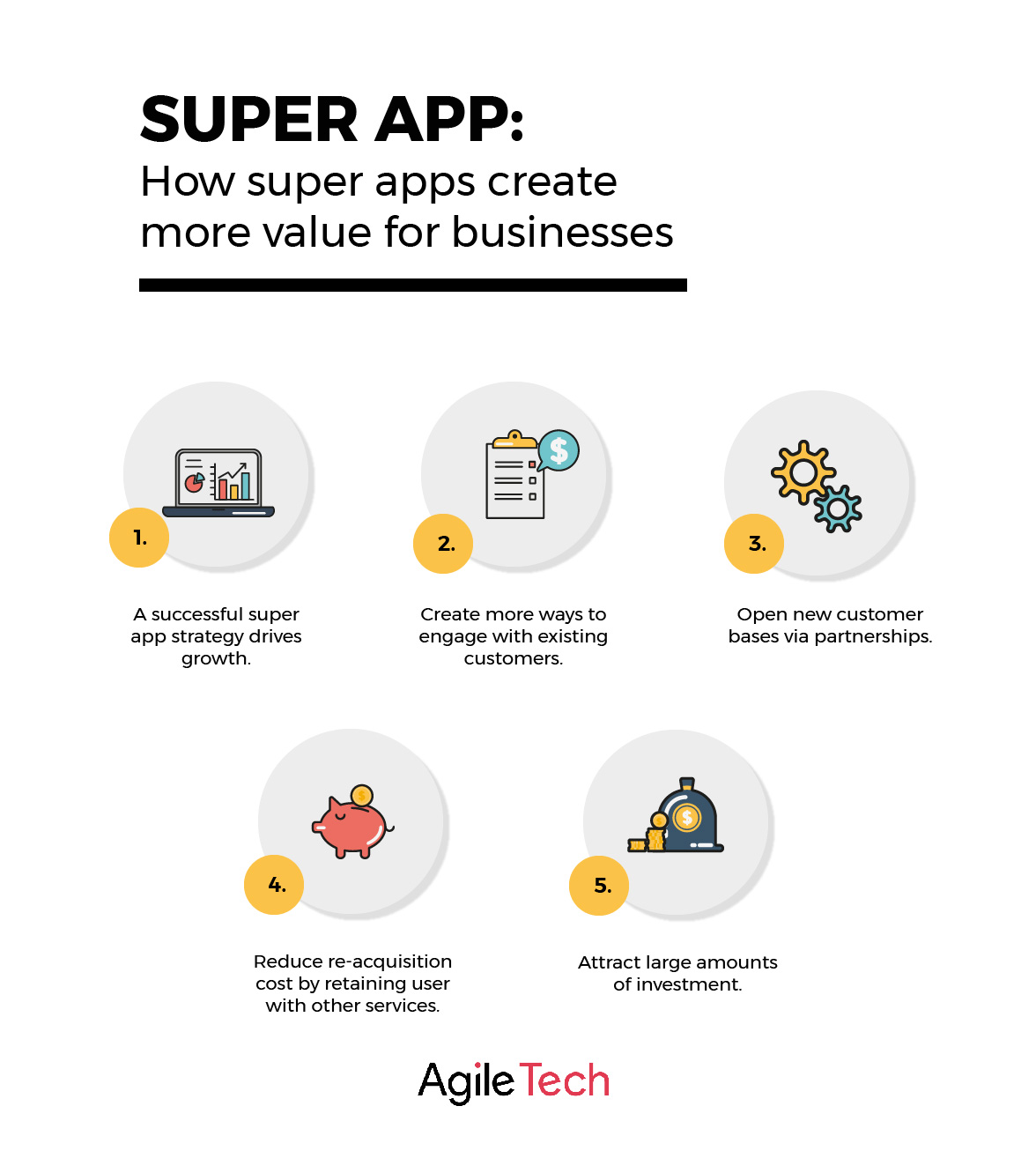 For this research on peer-to-peer payments, we leveraged the most reputable sources of information that were available in the public domain, including the websites of the peer to peer payment competitors themselves, as well as reputable and credible sources such as eMarketer, Payments Dive, Tech Crunch, Pymnts, Bloomberg, EY, and Forbes.

Zelle® | A fast, safe and easy way to send and receive money

‘Super-apps’ are the next evolutionary step for financial services

Can Square win the race to super app nirvana?

PayPal’s new ‘super app,’ to include messaging, is ready to launch – TechCrunch

Square: Why Its Stock Is Soaring And How It’s Threatening Banks

US payment users will surpass 100 million this year

Super Apps Are Booming, and Here’s Why It Matters -

P2P payment apps are booming, thanks to the pandemic

Payment apps are here to stay. Is your money safe?

Nuula | Your business at your fingertips

How super apps can speed FI growth by enabling models

How the biggest mobile P2P payment players stack up

Square stock could rise by 25% as the Cash App is developer a ‘must-own’ fintech innovator, Jefferies says