The majority of US-based companies outsourced IT technical/engineering roles to Latin America IT experts due to their affordable rates and efficient delivery of projects requested. Below are the details requested. 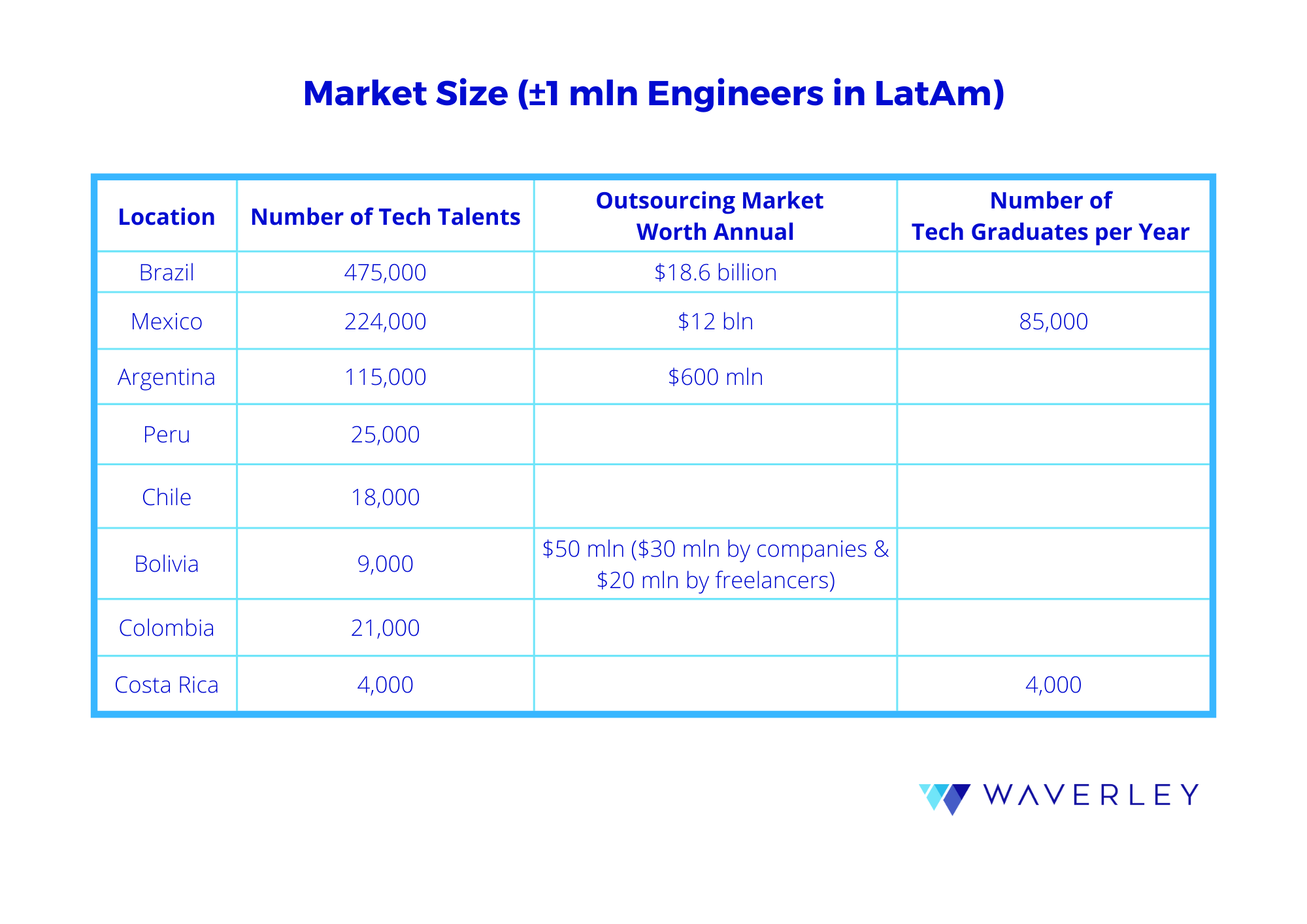 To provide the required information regarding the trends/insights in outsourcing technical/engineering roles to Latin America from the United States, we leveraged reputable databases to uncover the information. We searched through industry reports, media publications, market reports, press releases, and industry reviews such as PRNewswire, Business Wire, MarketResearch, Forbes, etc. Here, we were able to retrieve the data/insights requested.

IT Outsourcing Market in Latin America: An Overview

The Advantages of Outsourcing to Latin America

Nearshoring & Outsourcing in Latin America: IT and technology — The Bridge

Nearshoring & Outsourcing in Latin America: IT and technology — The Bridge