Some key usage statistics related to the male makeup and skincare market in Europe have been presented below. 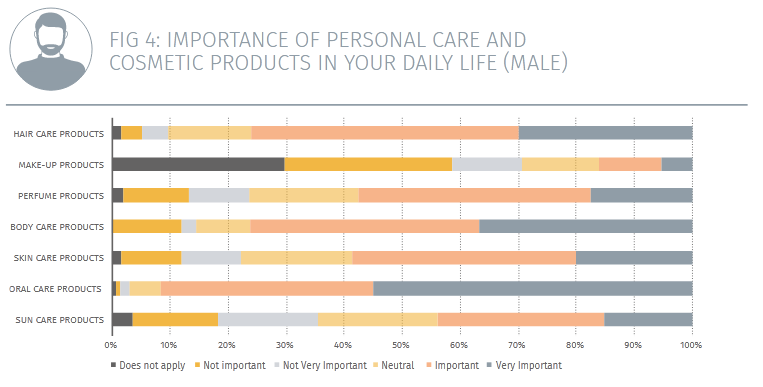 After a thorough search, it was observed that there was very limited information related to male consumption of makeup/skincare consumption in Gen Z males specifically (as explained in our early findings). Hence, we focused on use statistics overall in Europe. Since it was found that the top 5 markets in Europe for men's beauty products are the UK, Germany, Spain, France, and Italy, we narrowed down our search to include any available findings related to these key markets. Due to the information limitation, we had to expand the time frame to cover sources from several years back. Such findings have been included with the published year for your reference. There were limited data points found on the makeup industry alone, hence we also provided findings on skincare as well as men's grooming markets as available. We only used credible sources such as market and academic research reports, beauty industry focused publications, as well as related news articles for this research.

Makeup is changing the meaning of masculinity

The Growing Potential of the Men’s Grooming Segment in Austria

Two-thirds of men now have a ‘beauty regime’