With only about 10% of commercial buildings in California being insured for earthquakes, we found very little publicly available information on how commercial property owners, real estate professionals, and business advisors discuss the decision process. However, we were able to provide a great deal of information on the risks, costs, and considerations that could be examined when analyzing whether to purchase earthquake insurance for commercial properties in the San Francisco Bay area. 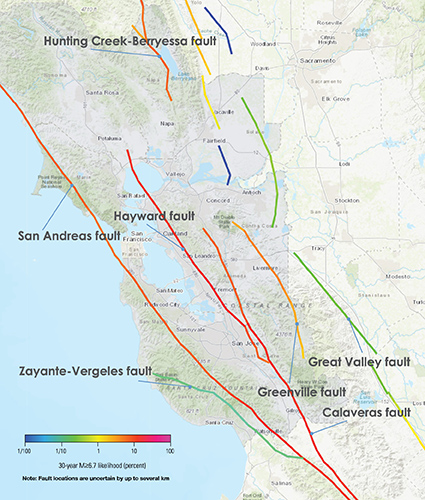 In order to obtain details on what commercial property owners, real estate professionals, business advisors and other insurance experts are saying about whether to purchase earthquake insurance for commercial properties, we examined government reports from institutions including the US Geological Survey and the OECD, expert articles from reputable news organizations including NPR and the LA Times, and studies/reports published in industry publications such as Risk Management and Insurance Review. While many of these resources discussed the factors to consider when deciding whether to purchase earthquake insurance, there was no definitive analysis showing the process followed or how property owners come to the decision to purchase the insurance. The research showed that this is a personal decision that will be impacted by a variety of factors.

Only the project owner can select the next research question.
Need related research? Let's launch your next project!
Sources
Sources
p

AN OVERVIEW OF THE CALIFORNIA EARTHQUAKE AUTHORITY

Are You Insured Against an Earthquake?

So You Want to Know about Earthquake Insurance | Insureon

So You Want to Know about Earthquake Insurance | Insureon

Column: Earthquake insurance: Is it worth it?