Specific data points on the market size, growth rates, and the number of users for digital health apps and digital coaching apps categories as well as the given sub-categories are not available. Given these findings, some relevant market statistics pertaining to all-encompassing categories or substitute segments were presented instead. Several market data points and user counts were also extrapolated to provide close estimates of the requested segments' market information. One general market research found indicated that the global digital health market was worth $86.4 billion in 2018 and this figure is expected to reach $504.4 billion in 2025 at a growth rate of 29.6% from 2019 to 2025. As for pain management apps, there are roughly 11.3 million users of these apps based on the number of downloads of some of the most popular apps in this sub-category.

Adding the figures above, there are roughly 11.3 million users of pain management apps.

According to an IQVIA report, there are now more than 318,000 health apps that can be found in major app stores. Around 200 apps are being added each day into this category.
Based on research from Accenture, around 75% of consumers mentioned that the use of technology is crucial for their health management routines.
Around 48% of healthcare consumers have downloaded health apps. 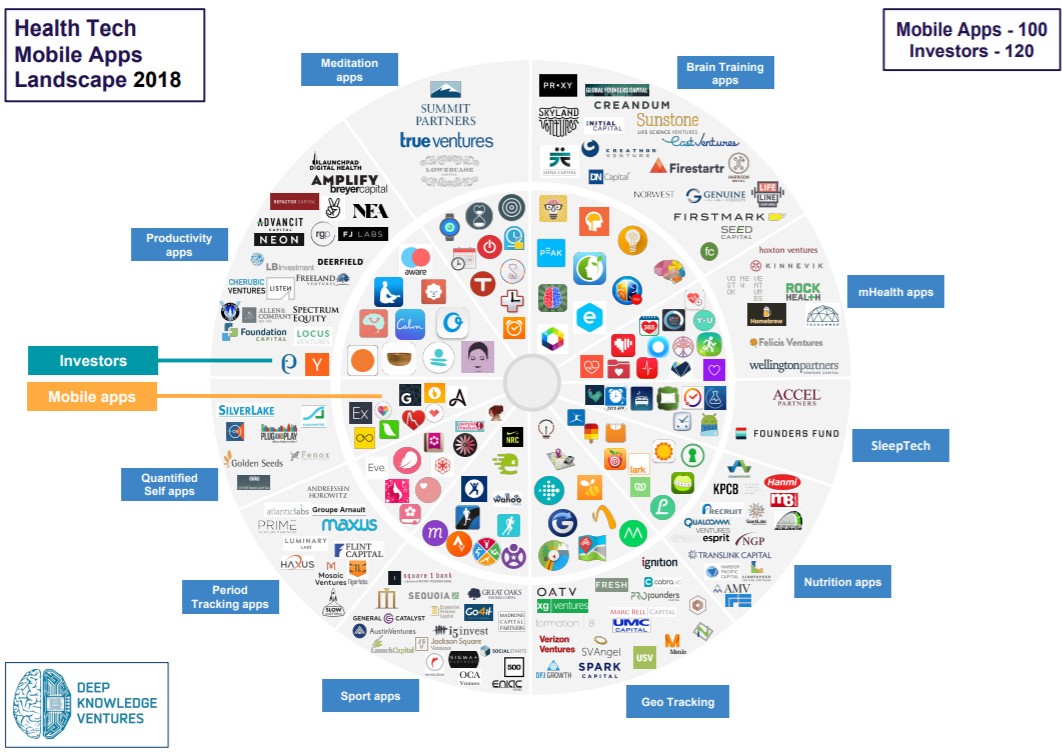 App Examples for Each Sub-category

Health Coaching Industry Report: Aiding at the Frontlines of Health

24 Of The Best Chronic Pain Apps And Trackers - Pain Doctor

The Rise of mHealth Apps: A Market Snapshot

Insight and imagination for tomorrow and beyond