Both CCL4 and CCL5 (RANTES) belongs to a family of chemoattractant cytokines known as chemokines. This research report contains a deep dive into the assigned cytokine panel markers. 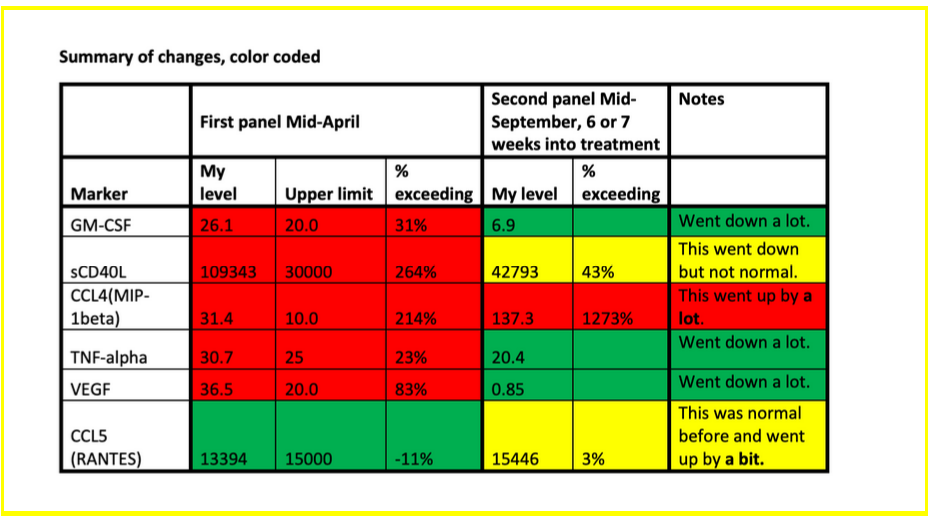 While we have a preference for the most recent publicly available sources, due to the absence of newer data relevant to the research, we have cited studies that may be older than five years old. These sources have only been included in the absence of more recent information, and measures have been taken to ensure that data included from these studies are not outdated and/or made redundant by newer/more recent information. In order to obtain the requested information, we scoured research journals and studies, scientific papers, news articles, and more. Sources include research papers from sites such as NCBI, Science Direct, PubMed, and more.

The cardiovascular risk factor, soluble CD40 ligand (CD154), but not soluble CD40 is lowered by ultra-endurance exercise in athletes

VEGF: a critical player in neurodegeneration

VEGF: a critical player in neurodegeneration

What Is Tumor Necrosis Factor (TNF)?

Roles of GM-CSF in the Pathogenesis of Autoimmune Diseases: An Update