This report provides insights into how large consumer brands invest in the Web3 space. Microsoft, Shopify, Amazon, and Meta are some brands included in the report. While some brands are investing in Web# companies via funding rounds, some are investing in Web3 technology to develop in-house Web3 offerings. For example, Amazon launched its Managed Blockchain service, supporting Ethereum and other blockchain infrastructure. On the other hand, Microsoft and Shopify invested in separate funding rounds for Web3 companies ConsenSys and MakersPlace, respectively. 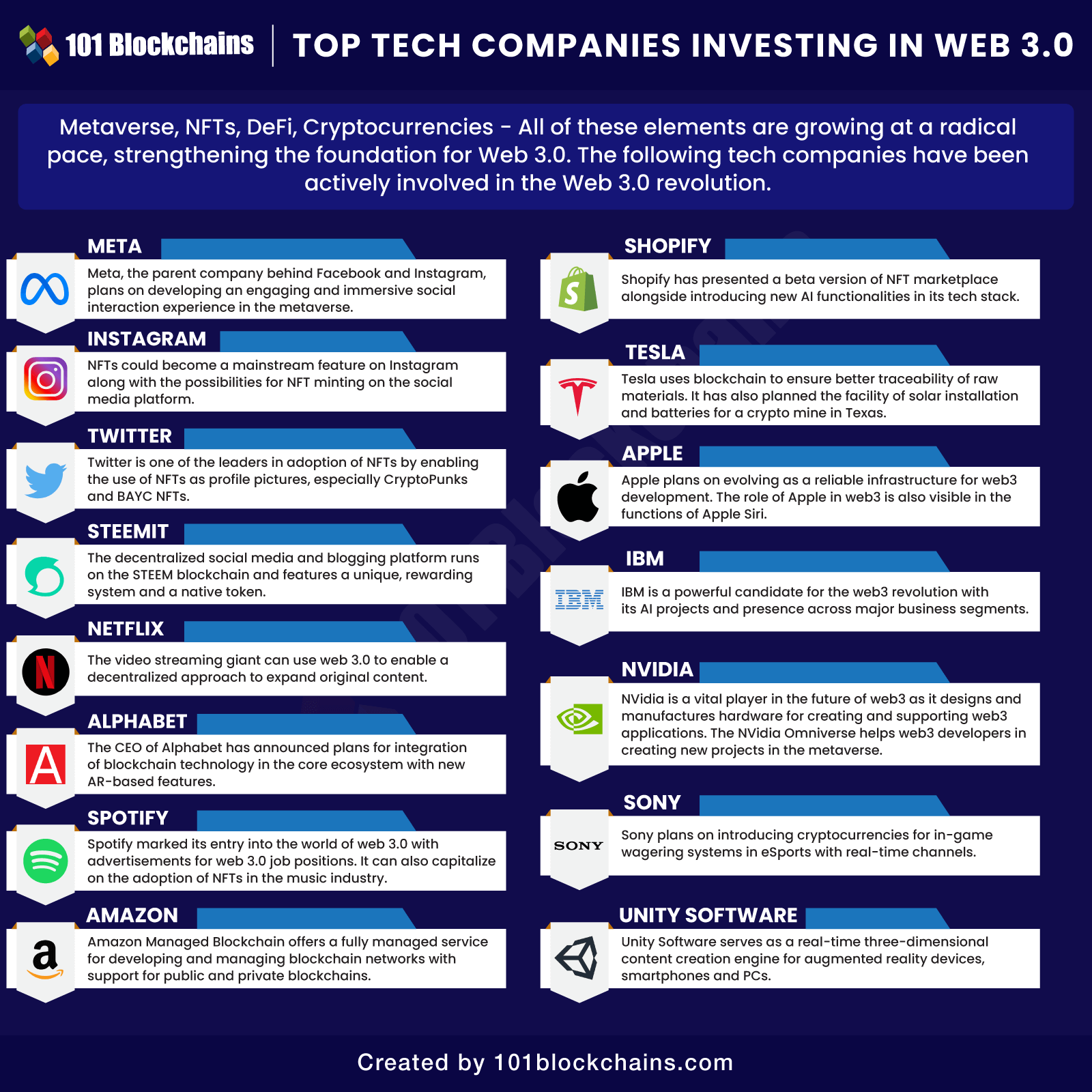 Introducing thirdweb: Can anyone now build their own Web3 app?

The world’s largest companies are getting on board with Web 3.0

The world’s largest companies are getting on board with Web 3.0