Consumer Spending After Crisis in the US

The overall US economy was negatively affected by the attacks of September 11, 2001. Industries hit the hardest included the airline industry and the insurance industry. Globally, US trade partners were also affected, although for a short time. Two industries profited from the attacks: the oil and gas industry, where the affects were short-lived, and the defense and weaponry industry, where the profits lasted more than a decade.

The Financial Crisis of 2007-2009, also known as the "Great Recession", had a major impact on global stock markets, with the U.S. DJIA falling to 6,547.05 on March 9, 2009, from a high of 14,164.53 on October 9, 2007, with a loss of more than 54%. Other stock markets also had a precipitous drop during the financial crisis. However, some equity markets have recovered while others have not. Below are some key details of consumer spending at the end of the recession.

To find the information above, our research team used data from statistical surveys, fact-based research sites and articles from reputable online business, economic and financial journals, annual reports and statements from company executives. Due to the wide effect of the 2008 recession, the information summarized in our research was based on consumer spending across different markets in general, and not focused only on specific markets. Some factors are also considered such as the consumers' job losses and unemployment which has highly affected their capability to spend.
Part
03
of nine
Part
03

Arriving on the heels of the global economic crisis in 2008, the 2009-2010 H1N1 pandemic impacted most countries across the globe, but its negative impact on consumer spending appeared to be temporary. Luxury goods, such as furniture and recreational vehicles, along with automobiles, clothing, financial services, communication services, and healthcare (including pharmaceuticals and biotech), rebounded quickly after the pandemic, and showed solid gains in the years following the H1N1 crisis. Consumer packaged goods and housing, which stayed largely flat during the H1N1 crisis, rebounded with more moderate growth after the H1N1 crisis. Industries in which consumer spending lagged after the H1N1 crisis include gasoline, the hospitality industry (particularly in Europe), and transportation. 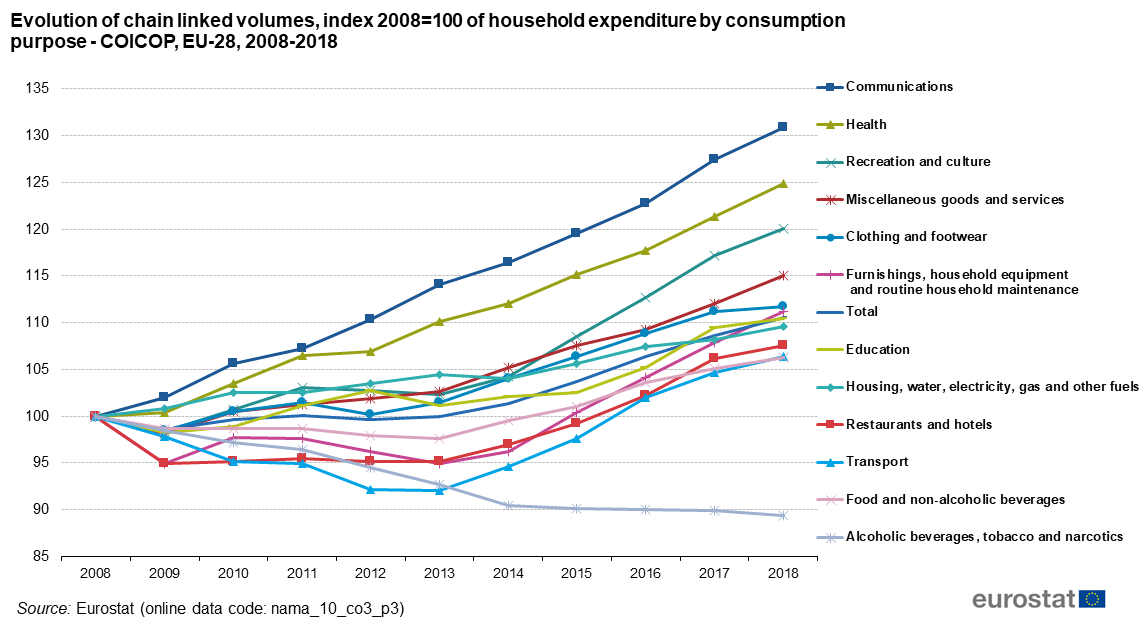 2. In 2009, increased Transparency and "Stress Tests" Led to a Boost in Confidence in Financial Institutions

Some factors that indicate increased trust in the travel industry after the H1N1 pandemic are advancements in early detection, the efficiency of communication with the public, expanding the knowledge regarding locations of affected locations, and the capability of prevention and eradication of the H1N1 virus.

The research team visited the resource gallery for the Centers for Disease Control and Prevention in search of information regarding the H1N1 pandemic to outline the necessities of a decrease in travel. The CDC website provided the research team with a timeline of the pandemic, which enables a wide-scope view of the H1N1 timeline. The U.S. Bureau of Labor provided the research team with both domestic and international travel statistics. CNN provided information regarding what each country did to stop the spread of the H1N1 pandemic. The World Health Organization provided an overview of local and state officials of how to stop the infodemic of fear as it applied to the growing numbers of affected people. Based on the given facts, the research team then made an informed decision on the overall length of time it took for the travel industry to recover in regard to travel spending was approximately 3 years.
Part
08
of nine
Part
08

The 2003 SARS pandemic critically damaged the global tourism industry. A few factors involved in the recovery of the travel industry and the trust of travelers included the World Health Organization's lift of travel bans, Tourism Ministry promotions after the pandemic, and trade relationships between individual governments such as the US and China.

WHO Organization and Travel Bans

Tourism Ministry Promotions After a Pandemic

WHO’s announcement of the end of the Zika public health emergency, mosquito-control measures and decreases in Zika virus transmission, and the easing of travel restrictions appear to be the factors that have led to renewed or increased trust in the global travel industry after the Zika virus outbreak. The global travel industry as a whole was not as affected by the 2015-2016 Zika outbreak as people might think. There are statistics that indicate continued growth since 2015, and that suggest recovery in less than a year’s time.

The Effects of 9/11 on the Airline Travel Industry

Airline stocks have finally recovered all their losses since September 11, 2001

How the 9/11 Attacks Still Damage the Economy Today

When Terrorism Shook the Marketplace: TRIA and Our Post-9/11 Recovery

Consumption in the Great Recession

Stimulus Checks: Who Received Them, How Much Was Spent

Chart Book: The Legacy of the Great Recession

Stimulus Checks: Who Received Them, How Much Was Spent

The economic impact of H1N1 on Mexico’s tourist and pork sectors. - PubMed - NCBI

Flu-conomics: The next pandemic could trigger global recession

The economic impact of H1N1 on Mexico's tourist and pork sectors

Looking back at the SARS outbreak and hotel performance recovery | STR

How Pandemics Have Impacted Airline Stocks, From SARS To Coronavirus

Why Wuhan’s aviation impact will be vastly larger than SARS

China’s Retailers and the Coronavirus Outbreak: Lessons from the Past

How the Great Recession Was Brought to an End

Consumption in the Great Recession

What Did ARRA Really Do?

Did the Troubled Asset Relief Program (TARP) Save the Economy?

Understanding the effects of bank stress tests: A Q&A

The U.S. Economy after September

The U.S. Economy after September

Economic Impact of SARS: The Case of Hong Kong

The impact of the Swine Flu on the tourism market

How countries are trying to prevent swine flu outbreak - CNN.com

Post-SARS tourist arrival recovery patterns: An analysis based on a catastrophe theory

Tourists Return to Singapore After SARS

Pandemics and the Lodging Industry | By Anne Lloyd-Jones – Hospitality Net

Is Zika Still A Problem In Florida And The Caribbean?