According to the 2013 NCES condition of education report, about 7% of K-12 administrators are Latinos, 80% White, and 10% African Americans. According to researchers at Vanderbilt University, Black and White principals in the United state tend to employ instructors who are the same race as them. 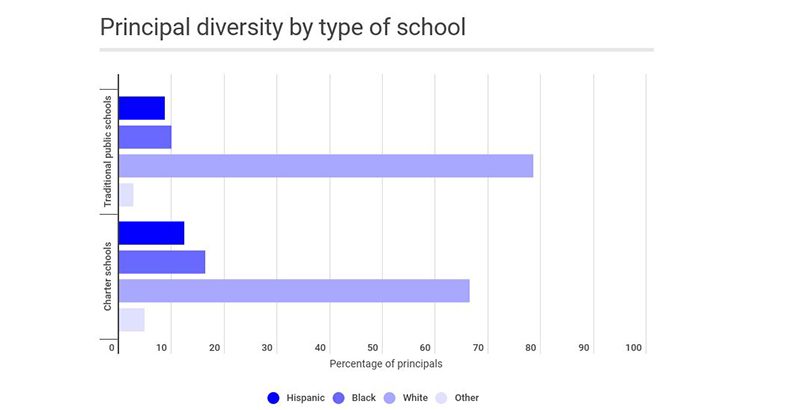 The research team searched through different government databases, News articles, surveys, and more. We aimed to provide changes in the total number of US K-12 Black and Latina school leaders and the benefits of having a Black or Latina leader at a K-12 school. The team found that data was available for 2008,2012 and 2018. Unfortunately, information for other years was unavailable. We have also found data on the benefits of having a black principal. There was no direct information on the trauma students face when they lose their black leaders.

Tool for Change: Understanding the Formation and Evolution of the Title IX Statute as a Policy Base for Social and Political ReformContinuity and Change of Teach for America Impact

The State of Racial Diversity in the Educator Workforce

Why Are There So Few Principals of Color?

As Schools Diversify, Principals Remain Mostly White — and 5 Other Things We Learned This Summer About America’s School Leaders

The power of a Black teacher - UNC School of Education

The Potential and Promise of Latino Students